When a professional photographer based in McBride considered the role of women in his community, he decided it was time to recognize and celebrate them.

“It’s something I’ve been thinking about for a long time, watching the women in this town. It’s amazing what they do,” said William Clark.

Clark ran the idea past some friends and they loved the idea. The idea was to dedicate a calendar to the women of McBride.

Clark said that McBride, a community facing economic hardship, needed something and someone to celebrate.

“Women have become the core of this community,” he said. “They have volunteered, supported each other and this community with little or no fanfare.”

“Here are a group of women fighting for their community,” said Clark.

Clark drafted a plan and a budget and went to work.

Finding space to set up his studio was difficult. He was happy to get some space at the elementary school, but access was made difficult by school protocols.

He approached Victor de Niet who owns a number of buildings on Main Street McBride. De Niet offered him some prime real estate and with a little bit of elbow grease, Clark now has a beautiful studio complete with a gallery of his work in a historic building on Main Street. The calendar is revitalizing the community’s main drag.

Clark is about half way done the photographs and indications are that McBride’s women aren’t used to being recognized.

“Almost unanimously, they have all said two things to me. One is they don’t have the deserve to be in it. And two, that they are terrified,” said Clark. “I also will tell you that every one of them has gone down the stairs saying it was fun.”

The project is not without controversy. Who gets to be in the calendar has become a hot topic. Clark decided to take the burden on himself. He asked community members to submit a list of the people they thought should be recognized. He chose the most commonly mentioned names making any tough decisions on his own.

“I don’t believe in committees,” he said.

Dannielle Alan is a supporter of the project.

“William is donating a heck of a lot of time on this,” she said. “He is just amazing.”

“It’s just a lot of fun, and we need to celebrate our successes.”

As for who is in the calendar, Clark isn’t telling until the project is complete. “It’s a secret,” said Clark.

The calendar is slated to come out this fall. 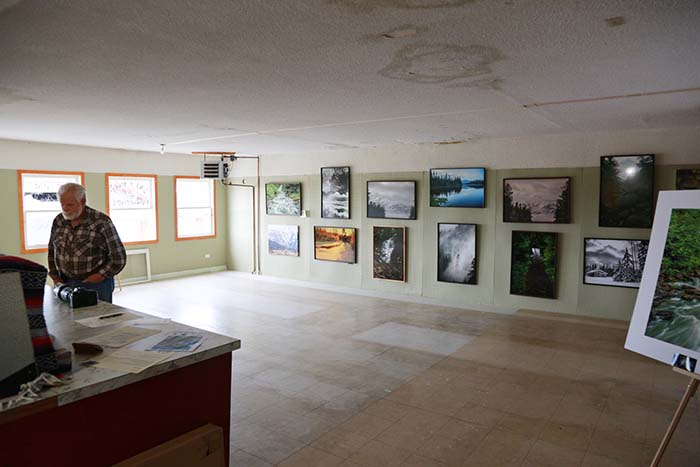