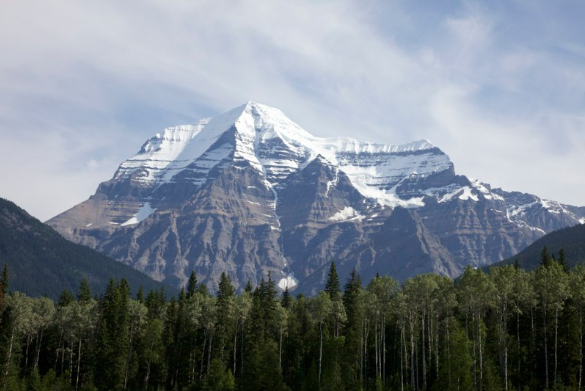 A local non-profit – the Fraser Headwaters Alliance (FHA) – has received two grants that will allow construction of a significant section of the National Hiking Trail in the Robson Valley. The Northern Development Trust Initiative has awarded $30,000 and BC Rural Dividend Program has awarded $100,000 for Phase 1 of the trail construction project.

The Fraser Headwaters Alliance says most of the funding for this phase will go towards partial reactivation of the East Twin Forest Service Road (FSR), including replacing two major bridges.

The trail is called the East Twin-Chalco Trail, which traverses the alpine centered in the Renshaw Meadows snowmobiling area, between the Chalco and East Twin Creeks in the Rocky Mountains. Trailheads will be established at the furthest possible passenger vehicle point on the East Twin (Km 6.5) and Chalco (Km 9.5) FSRs. The Alliance says past the trailheads, ATV use will be allowed, but will be restricted to existing road bed. Past the upgraded roadbed, use will be restricted to non-motorized use.

The full length between trailheads is approximately 44 Km.

Last summer the Alliance received authorization to construct the trail from the Ministry of Forest, Lands, Natural Resource Operations and Rural Development.

“We hope to eventually link this new trail with the Goat River Trail that we have been maintaining since 1998,” said Roy Howard, president of the Alliance. “Both trails are components of the National Hiking Trail.” The new trail also connects, or nearly so, to the Great Divide Trail, that follows the crest of the Rockies from Waterton Lakes National Park, on the US border, to Kakwa Provincial Park, north of McBride.