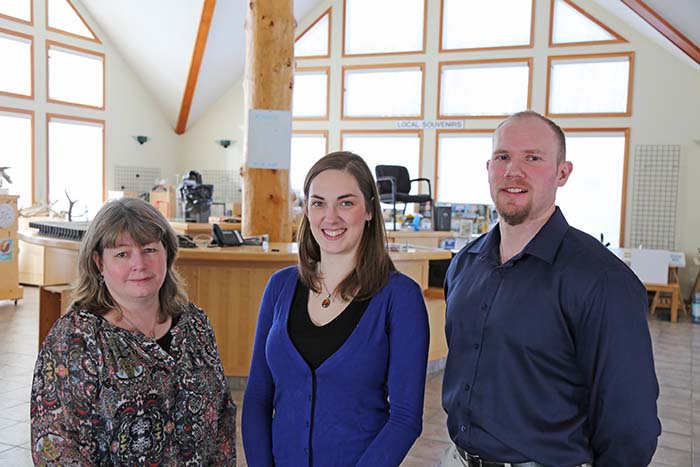 What used to be known as the Visitor Information Centre in Valemount will now double as reception for the Village of Valemount, an emergency operations centre, a committee meeting room and extra office space – and will be open year-round.

CAO Adam Davey said the plan came together as the owners of Adventure Management (the company that ran the tourism centre since it opened) retired.

“I thought okay, how can we roll this into our budget with existing resources?”

He said council gave him the go-ahead to proceed in that direction.

You’d come in and during normal working hours, 12 months of the year you can still pay your taxes, ask questions about business licenses etc.

During summer months, the visitor centre portion of the building will be open into the evening. He said during the winter it would just be open regular village business hours.

Davey said they plan to have the centre open by May 1st. Even though they are sharing the space, Davey said there will be dedicated Visitor Centre staff year-round.

Sarah Boyd is the Visitor Info Centre Supervisor. She worked at the Visitor Centre in previous years as an employee of Adventure Management.

She said the main challenge will be getting everybody working together and on the same page.

The Village’s Deputy Director of Finance, Suzanne Bloodoff, said she is excited about the change.

“It will give us more room to do our jobs and I think it will incorporate the visitor info centre and administration together,” she said. She said it also helps create a separation between day to day activities upstairs from the more senior meetings downstairs that require concentration without interruption.

He said that they had put out a request for proposals for the Visitor Centre to see if another group or company wanted to run it, but the response was underwhelming.

Davey said the village would limit retail sales to T-shirts and a few items bearing the village’s logo and local wares.

“The village is not going to compete with private enterprise,” he said.

Boyd said they would be taking local arts and crafts on a consignment basis. Crafters must have a home based business license to participate (a $25 annual charge), and would be able to sell up to $100 of merchandise for no commission, and then a small commission applies for sales greater than that.