70% of calls are highway rescue 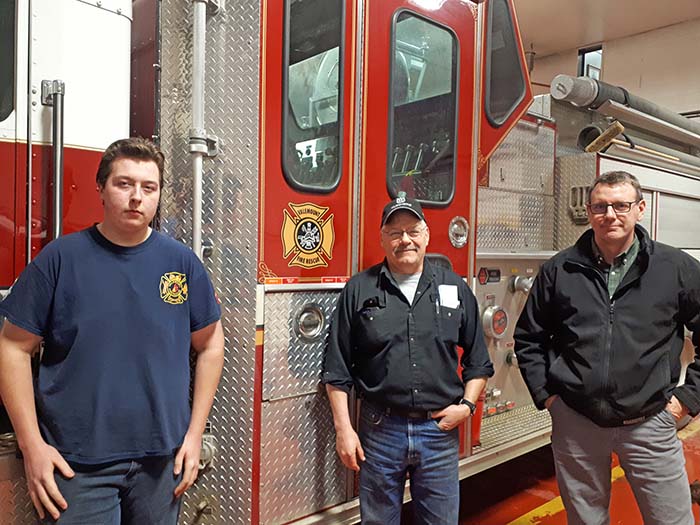 Valemount and District Fire Department is seeking a budget increase to pay their volunteers when they respond to fire and rescue calls. The fire department receives funding from the Regional District of Fraser Fort George, which collects land taxes from area residents.

“In order to have increased attendance we are going to a paid on-call system,” said Fire Chief Rick Lalonde. “That perpetuated a need for a budget increase for Rescue and Fire.”

“We’ve been operating under the same model since the beginning of the Fire Department,” said Schneider. “It is only getting tougher recruiting volunteers for any organization. We’re going to try and use it as an incentive.”

Lalonde said volunteers will be paid $20 per hour during call-outs.

“It’s the same people turning out day and night for these calls. People have a day job.”

He said responders would make about $2000 per year at most.

“They are not going to make a lot of money,” said Lalonde.

Lalonde estimates that 70 per cent of their calls are for highway rescue and 30 per cent for fire.

Valemount’s highway rescue service operates from Albreda to Small River to the Alberta Border. A similar service is operated by the McBride Fire Department.

“If one of our rescue trucks is headed out of town, we have to make sure we have enough people left in case there is a local call,” he said. “Sometimes that’s a problem.”

Lalonde said investing in the local fire department is worth it because insurance premiums on individual homes in the area would be triple or quadruple without fire protection.

And Lalonde said the need for the highway rescue service often doesn’t hit home until there is an accident.

“The rescue service doesn’t mean much to people, but if it was your family there, you’d want somebody to be there as quick as they could and cut the doors off the car so that your wife and child could get out,” he said.

Assistant Fire Chief Dean Schneider said that the rescue service, by and large, serves travellers from outside the area. He estimates that 2 per cent of the rescues are local people.

“It would be nice if the province would kick in the additional budget request at least,” said Schneider.

The proposed increases are desperately needed to continue to provide the level of professional service required in the area, given the ever-increasing traffic on Hwy 5 and Hwy 16.

Regional District Director Dannielle Alan said that the increase in compensation doesn’t have a significant impact on the budget.

“Considering the level of training required and amount of time and commitment that is demanded, these volunteers are, quite frankly, providing an essential service at considerable sacrifice to themselves and their families,” she said. “It far outweighs the amount of compensation that they get.”

Adam Neuman, a grade 12 student and a junior firefighter, is about to get his air brake certification required to drive the fire truck.

Lalonde said Neuman and other junior firefighters would qualify for the pay if they had the required training.