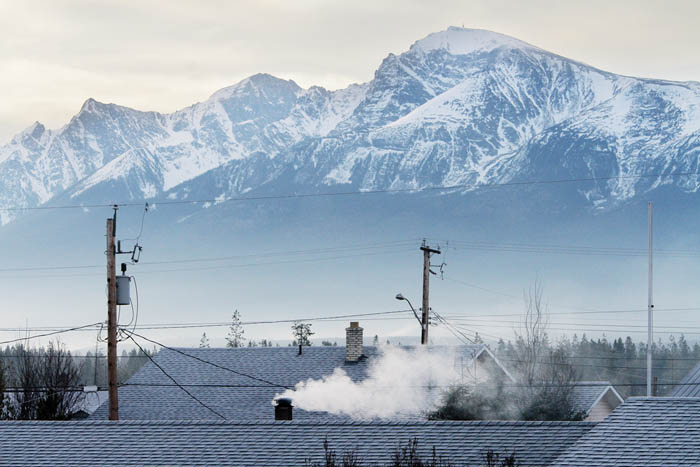 This is the second article in a five part series about Valemount’s air quality. Part 1: a flammable issue, examined how affordable alternatives to wood heat has made the solution taboo, and why the issue has been a tough one to discuss. This article delves into some of the health impacts.

On Oct 27th, there was an air quality forum to discuss Valemount’s air pollution.

“Poor air quality is a contributor to poor health,” said Michael Brauer, a professor at the School of Population and Public Health at the University of British Columbia.

“I don’t want to give you the impression that, if there is air pollution, everyone is dropping dead,” said Brauer. “That is not the case.”

Brauer said that there isn’t a specific air pollution disease, but that it leads to poorer outcomes for many diseases. 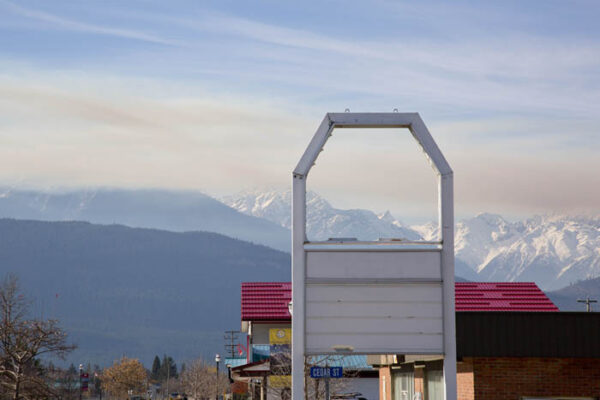 Sarah Henderson, a senior scientist and epidemiologist at the BC Centre for Disease Control, described why wood smoke is toxic.

She said that fine particulate matter, tiny solids that are the result of incomplete combustion, are able to travel deep into our lungs.

The very fine particles classified as PM 2.5 are the most concern said Henderson, because there size triggers an immune response that can have serious consequences.

“The particles go deep into your lungs and your body attacks them. It senses a foreign invader like a virus. Unfortunately they can’t kill it, so the white blood cells keep attacking them and it leads to a state of sustained inflammation,” she said.

This sustained inflammation can be deadly depending on a person’s health.

Henderson said that on very smoky days it can lead some people to have a heart attack or a stroke.

“When you live in a smoky community it puts the whole population at risk of developing things like heart disease,” she said.

She said wood smoke is no different from industrial pollutants; the difference is how we regulate them.

“When you think of other sources of pollution, motor vehicles and industry, we brought those under really tight control,” she said. “A car today emits 3% of what a car 20 years ago could emit. “What we haven’t done is controlled emissions from residential wood stoves.”

She said wood stoves with catalytic converters do a great job, but only if you follow good burning practices.

“If you are burning wet wood, the catalytic converter doesn’t work,” she said. “The most important thing is that if you are going to burn wood, burn dry wood and know how to create a low smoke, almost smokeless fire.”

Henderson balked when asked if wood smoke was less harmful because it is natural.

If you are wondering if you are burning well, you might check out a website out of New Zealand that minutely details the best way to create a trouble free cleaning burning efficient fire. The website can be found by searching for the terms warmer cheaper (the actual address is warmercheaper.co.nz.

Just in case he hadn’t made his point, Brauer took it further.

“I’m talking a lot about death,” said Brauer, flipping to a powerpoint slide that shows related illnesses. “That’s just the tip of the iceberg.”

“The good thing is if you clean up the air, everybody benefits,” he said. “It’s a responsibility that we share to keep our communities healthy.”