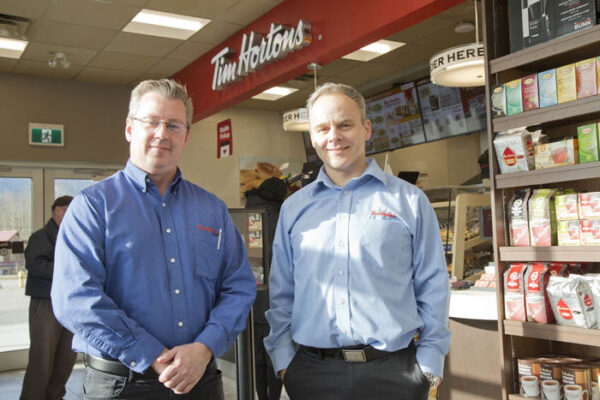 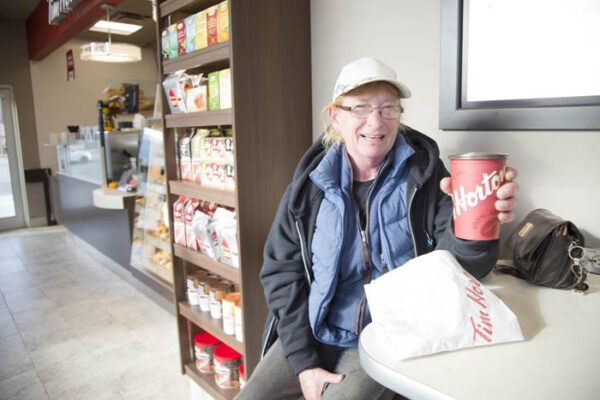 (above) Valemount Tim Hortons owners Roger Toews and Lyle Hryniuk (above L-R) were on site for the Tim Hortons’ first day open Monday Oct 30th. Toews owns the Tim Hortons in Clearwater and Hryniuk owns the franchise in Hinton. They’ve hired around 15 people in Valemount, most of them full-time for the new branch which will be open from 6am to 10pm seven days a week. They hope to eventually be open 24 hours a day. The opening was delayed due to construction, but Hryniuk says it’s a small price in the grand scheme of things. “We’ll be here 20 years, so what’s a few months?” (left) Locals Carrie Johnson and Laurae O’Dwyer (out of frame) enjoyed their coffees on opening day. / LAURA KEIL 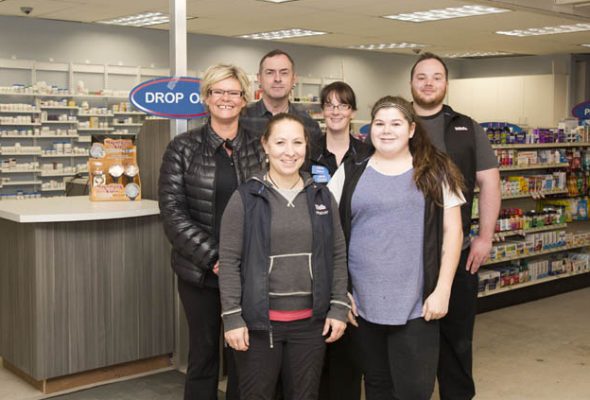 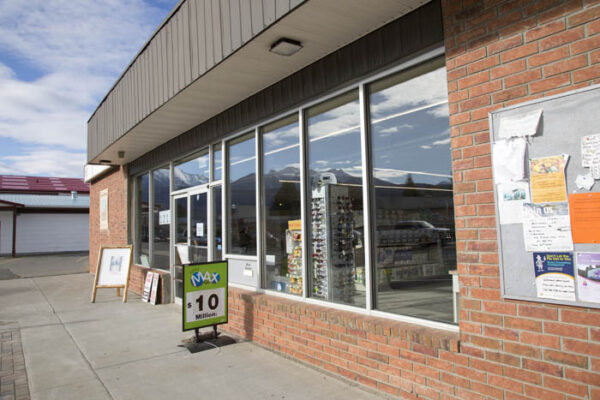 The Valemount IDA opened the doors at its new location Monday Oct 30th. The new space was shuttered for about eight years after the former Shop Easy grocery store closed. The building is at least four times larger than the old IDA store, says manager Jenny Byford. She says they plan to add new stock like fishing tackle, bedding, towels, and more giftware. There still won’t be a local pharmacist, however. Byford says that will likely change when the ski hill opens. (Above) IDA staff and management above L to R back row: Shelly Heinen, Regan Ready, Stefanie Han and Gage Ringer; front row: Jenny Byford and Keisha Abernathy. / LAURA KEIL