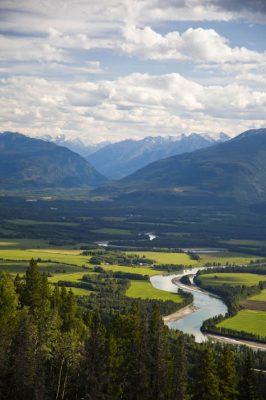 The Dunster Community Forest has received close to $10,000 for trail and trailhead maintenance from the Rural Dividend fund. Forest Manager Ray Thiessen said the trails are intended for public use and he hopes to have them ready to go for July 1st next year.

“We’re upgrading our accesses and putting up kiosks with maps,” said Thiessen.

Thiessen said that the trail signs will include a component so that smartphones can download a map.

“There are two functions to it,” said Thiessen. “So people don’t get lost and to help us track visitors.”

The money will go towards the Groeneveld and Dunster Trails.

The work will include also an archeological assessment on the Dunster Trail.

“I’m trying to be proactive about First Nations. Whenever I get money I include a component of archaeological assessment,” he said.

Thiessen said it helps build a database of archaeological information.

“Get on top of it rather than being behind it,” he said.

Thiessen said it was his first application to the Rural Dividend fund.

Thiessen hopes to make use of the fund in the future to expand recreation opportunities in the area, including taking over the Shere Lookout trail.

“We’re trying to get that under a partnership agreement (with the province’s Recreation Sites and Trails),” he said.

The trails are currently used by locals, but Thiessen would like to bring them to the point where they can be advertised in the recreation guides for the valley.

“The goal is to make them accessible for broader use,” he said.

“We’re moving forward. There are lots of challenges; one step at a time,” he said. “We’re not making a million bucks, we’re just carrying on.”