When Keith Berg plays The Last Post and Reveille on his trumpet at the Remembrance Day ceremony in McBride, he doesn’t have to worry about being nervous. Instead he thinks about his grandfather.

His grandfather, Thomas Rawling, a First World War Veteran, played those songs on the trumpet during the war. He taught young Keith to play Last Post and Reveille on his military trumpet when he was about 12 years old.

His grandfather lied about his age so he could follow his brother to war.

“He was in the Royal Artillery at the ripe old age of 16. He was a driver and a trumpeter,” he said.

Berg said his grandfather was a horse person and was just as upset about the fate of the horses in the war as he was about the people. The fates of both the military and horses could be grim.

Rawlings served in France and Belgium and was at the Battle of Vimy Ridge.

In time, the old trumpet that Berg learned to play on has gone missing, much to his chagrin. 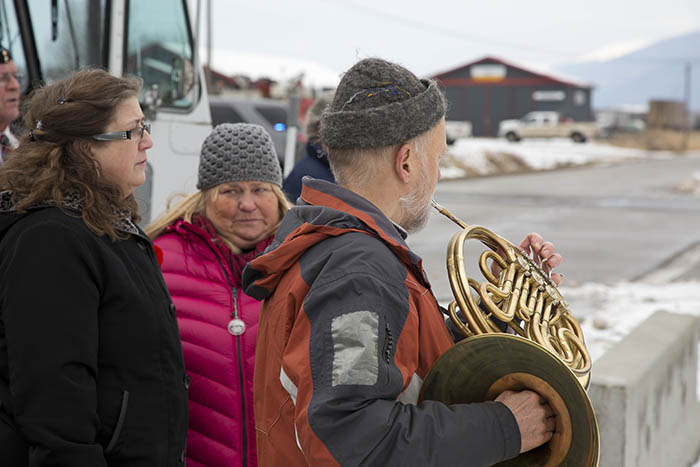