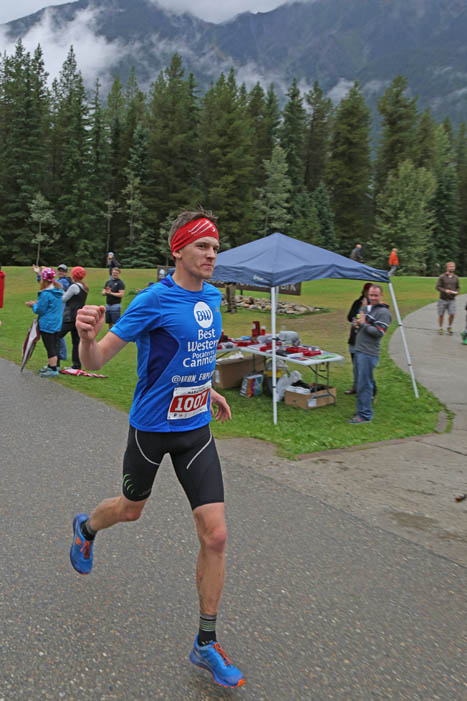 Piotr Babis said the point of his trip to BC this year was really just to see Mount Robson. During a hiking trip in June 2016 he only went as far as Kinney Lake because the visibility was so low and it was raining.

“I was really disappointed, I couldn’t see the mountain at all,” said Babis.

Babis came back, and did so in style, winning the Mt. Robson Marathon’s 50km Ultra.

He was disappointed to wake up to rain in the morning, but during the course of the race he was able to get a visual on the lower part of the mountain and also win first place with a record-breaking time.

“The views were pretty good at the end, you could see the glacier,” said Babis. “I couldn’t see the whole mountain but the glacier and the lake were close enough.”

Babis isn’t a stranger to running; he came fresh off a win from the 100km Iron Legs competition in Bragg Creek.

Babis was surprised to learn he broke the record.

“I wasn’t really thinking about the record, I was just tried to run as fast as I could; the conditions were not perfect,” he said.

“At least it was cool. So that was a good part of the conditions we had.”

“They set a good pace and that helped,” he said.

He said he had to slow down on the downhill, but that is where he took the lead from his fellow races.

“I’m sure I could have gone much faster but it was super slippery so I had to be careful,” he said.

Asked if he would return next year to get the full view of Robson and glacier, Babis said he is soon relocating to Australia, but would one day like to return and see the whole mountain.

If you want to see some of the other amazing places Babis has run check out his instagram account: @iron_explorer.

Babis hopes his multiple wins will help him attract some sponsors to help him continue running.