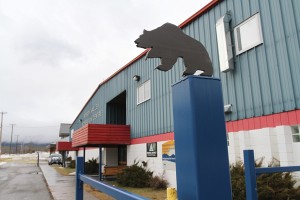 Jim Martin, Chief Administrative Officer for the Regional District of Fraser-Fort George, says the district gauged interest over the past five years and determined there wasn’t enough usage.

“Usage really drops off,” says Martin. “It doesn’t warrant the cost of keeping the facilities open for the low usage patterns that we see.”

In order to keep the facilities open, Martin says they have to have so many staff members to meet occupational health and safety standards.

Last month, regular gym user Kyle Marchetti told The Goat the hours of the gym facilities were limited because it was understaffed, and a lot of the equipment was lacking, though he noted they pay good rates.

In order to better fund the facility, Marchetti suggested raising taxes slightly — then the hours and equipment could potentially improve.

However, as the district has now explained — it’s not that simple.

“Those budgets are reaching the taxation limits, especially with the Canoe Valley Recreation Centre,” says Martin.

“We get a lot of pressure from the community to make sure we’re fiscally responsible with the tax dollars we use,” he says.

Both facilities are funded with RDFFG grant money, and the district is expecting to spend over $1.1M combined on the two arenas’ operations this year.

Taxpayers in both villages as well as the regional district contribute towards these costs.

Lyle Lewis, facilities manager, told The Goat earlier this month that despite having a lower population, McBride’s facility had far more funding than Valemount’s. He attributed the difference to more responsibilities, as the McBride staff has to take care of the arena, fitness centre, curling rink and community hall.

For the last five years, Martin says the district has always kept the facilities open for the month of August, but the decision was based around gauging interest.

“It’s just not in high demand,” says Martin. For us, it’s a budget saving initiative.

“Budget wise, anything we can do to reduce the impact on the community will be appreciated,” he says.