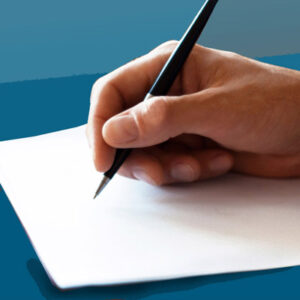 Borealis Geopower is considering a crowdfunding campaign to help get a geothermal industrial park, in partnership with the Valemount Community Forest, off the ground. Borealis doesn’t have to crowd fund, they have other options, and it won’t cover all the costs they’ll have for the project. The BC Securities Commission has new rules for start-up crowdfunding, and no one person can invest more than $1,500. There are also limits to how much can be raised with crowdfunding. So when you are talking about half a million dollars to drill core holes, and then another million each for slim holes, that would take over a thousand individual investors putting in the max amount just to get the first slim hole – a daunting task.

Crowdfunding does have some obvious benefits and they are not just financial. But it also has financial costs, which is why the company is still considering if they’ll go that route.

I try to put my money into companies, projects and plans I believe in. I’ve been burned by what other people said was “sound investment practices” before, so if I am going to invest in a start-up, I do it knowing full well there is a chance I will lose all my money. I will take that risk, because I am not in it to make a return on my investment. I’m in it to make a statement about the world I want to live in.

I will do it because I want to tell our provincial and federal government that projects like this are where I want to see money invested. This project has fired the imagination of local people, shows the power of working together, shows the ingenuity and determination of small businesses, and promises to boost local jobs and local food security. And on top of that, it will show the value of heat – heat that doesn’t have to be created with electricity or fossil fuels that are shipped all over the place.

I know Valemount and Robson Valley residents – new and those who’ve lived here for years – to be resilient, resourceful and determined. We want to live here, we want our communities to be sustainable, we want to have jobs here at home for our kids when they decide to come home. I believe the Valemount Geopark has the potential to build on all the great things that happen in this area, stuff we’ve all been working on and building for years – forestry, tourism, food growing, small industry, niche market ventures, community building.

If I had a million dollars, I’d invest in the Valemount Geopark and get core holes drilled and the first slim hole started. I don’t have money like that. But if given a chance, I will put the money I do have – little as it is – in this project I believe in.