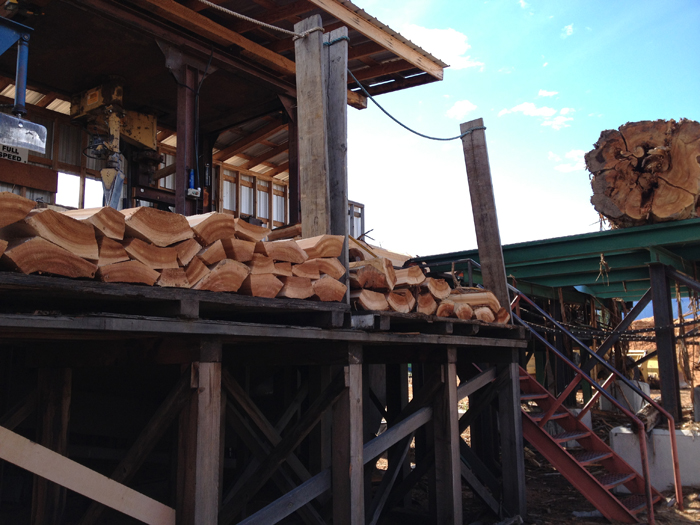 The full results of the governance survey are now public, but it will still be a while yet before things are finalized for the McBride Community Forest Corporation.

“They have a bunch of research to do,” says Susan Mulkey of the board and Council. Mulkey, a consultant and member of the BC Community Forest Association, has been working with the MCFC board and community since last summer on governance issues for the organization.

Many of the comments on the governance surveys point to concerns with the Village of McBride being the sole shareholder, says Mulkey, especially when those most affected by management decisions live outside of the Village. Running the corporation as a limited company or a society are both potential options, but they may involve more risk for the business than local government ownership. Maybe ownership could be shared between the Village and the Regional District, says Mulkey, which could give residents of Area H more of a say, but there are many steps that need to be taken, including getting approval from branches of provincial government such as the Ministry of Forest, Lands and Resource Operations and the Ministry of Community, Sport and Cultural Development.

“People bristle about it but I won’t be surprised if it takes another six months,” says Mulkey. The first step is the MCFC
Board needs to make a recommendation to Village Council, which is the current sole shareholder.

“It is great that the board now has two community members,” says Mulkey. “It can be difficult to remember which hat you are wearing,” she says, referring to the different roles and responsibilities of Mayor and Councillors when sitting in various meetings.

“Rules are very important, it’s how we are able to do very complicated things together successfully,” says Mulkey.

The survey conducted in January asked for feedback on four questions which were based on statements made in the original McBride Community Forest Concept paper, which resulted in the very first community forest agreement being issued in the province. Mulkey has tallied 37 responses from the community.

The results of the survey showed strong support (73 per cent) for the definition of the community served as the area from Holmes River to Catfish Creek.

Responses were 65 per cent in favour of this proposed purpose statement for the corporation: “to innovatively manage the forest tenure for its full resource diversity, and to generate a viable socioeconomic and biophysical system from which maximum benefit will flow to the maximum number of people in the community.” A purpose statement is a requirement for the articles of incorporation, but is currently missing.

The survey asked the level of support for a series of guiding principles, with results split roughly in half. Mulkey says there was strong support for many of them, including the need for MCFC to be broadly representative, to report regularly and to be transparent, and to employ best practices in management of the organization and the forest. The majority of those who disagreed did not want the Village of McBride to be the sole shareholder. Results also showed support for selling community forest logs at market based prices, with no subsidies to any part of log sales or operations.

The final question on the proposed composition and process for determining the board of directors received 59 per cent support, including strong support for the membership being separated from politics.

Results of the survey are summarized more fully in the ad below. The summary as well as full results are also posted on the MCFC’s website – www.mcbridecommunityforest.com. Mulkey says they’ll be keeping the community updated on the process through updates on the website and press releases.