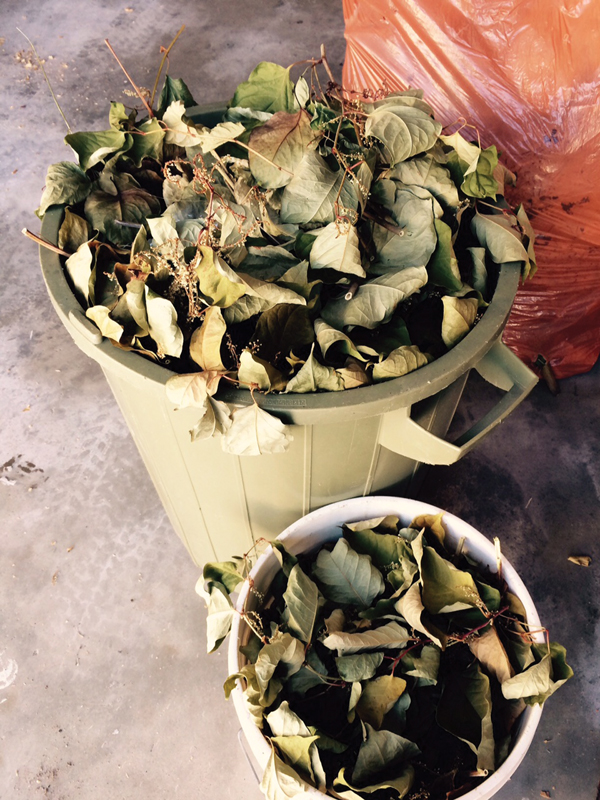 Photo by Korie Marshall – Buckets of evicted knotweed were collected and dried out at a Valemount home, as the resident was worried it could spread. The root system is the real issue with this plant, and will take persistence to get rid of.

A new app and website show ornamental gardeners in BC some invasive plants to steer clear of, and offer some alternatives that will grow well all over BC.

PlantWise is a provincial program that helps gardeners and industry understand which plants are invasive and harmful to our communities. It also offers some great non-invasive alternatives that will do well throughout the province.

"Because many invasive plants are just as beautiful and functional as non-invasive plants, they can be hard to differentiate. With this new mobile app and website, it’s now much easier to be ‘PlantWise’ and know what you grow," says Gail Wallin, Executive Director of Invasive Species Council of BC (ISCBC), which coordinates the PlantWise program.

Invasive species are a huge threat to biodiversity. With some unique characteristics that other species lack, and without native predators and pathogens, invasive plants can out-compete native vegetation and cause environmental and economic harm. The cost of invasive species to Canada is estimated between $16.6 billion and $34.5 billion per year. Many of them have been inadvertently sold to customers and then escape cultivation. Some can cause a lot of damage, like Japanese knotweed, which can easily penetrate and damage roads, building foundations and concrete infrastructure. One potential knotweed site has recently been identified in Valemount.

The Northwest Invasive Plant Council (NWIPC) which includes Valemount, and Andrea Eastham, former manager of NWIPC, have been heavily involved with the PlantWise program, says Wallin.

"The first version of Grow Me Instead was just coastal plants," says Eastham, who is based in Prince George. She has been instrumental in ensuring the program was expanded to cover invasive plants that are found across the province, as well as non-invasive alternatives that do well all over the province. "Northern areas of the province are often left out of many programs."

The PlantWise program has helped make a difference across BC over the past few years, says Wallin, with total sales of invasive plants now under one per cent for the garden centre industry. But there are invasive species being sold and traded in BC. Wallin says they hope that by educating both consumers and the horticultural industry they can make British Columbians more "PlantWise". She says the new mobile app and website are a big step in that education process.

The app is available for iPhone and Android at www.beplantwise.ca. If you don’t have a mobile device, the information is available on the website, or you can find the "Grow Me Instead" booklet at bcinvasives.ca.