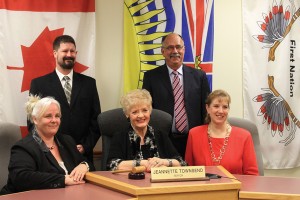 Village staff has brought forward a proposed policy for identifying and addressing conflict of interest within Valemount Council, but at least two members of Council don’t think it is necessary.

Developing a policy for conflict of interest is one of the recommendations from the Auditor General for Local Government after their recent performance audit of the District of Sechelt. The main issues the auditors found with Sechelt were related to decision-making processes, Council direction and oversight, transparency and procurement practices.

In response to questions from the Goat, Lori McNee, the Village’s Director of Finance, says even though having a policy is not mandatory, the Village “will be a step ahead” when it comes time for their own audit. The policy spells out in more detail what constitutes a conflict of interest as well as seeks to protect Council from inadvertently placing themselves in a position of conflict in order to protect the reputation of the Village.

But Mayor Jeannette Townsend and Councillor Peter Reimer questioned the need for a conflict of interest document more specific than the Charter.

“As a matter of fact by adopting a different one we could be tying our hands more than what the Charter contemplates or what the courts have already ruled as non issues,” says Reimer. During the Council meeting he called the policy regressive and pre-historic.

Mayor Townsend admits that occasionally, an issue can arise that some might deem uncertain as to whether or not a conflict exists. “However, legal opinions premised on true facts can be obtained from lawyers who specialize in municipal government. There are court precedents to determine conflict. Court decisions supersede.”

She says there are provisions through the Municipal Insurance Association of BC where a certain number of minutes with a lawyer who specializes in municipal law is offered at no fee. “In my opinion, where a question arises about whether an actual conflict applies, this is more protective to the municipality and the Councillor than a policy,” says Townsend.

Staff confirmed the Village pays for what is called “casual legal services” through the Municipal Insurance Association, which gives the Village as a whole access to legal advice on simple issues for little cost.

“It is extremely unusual for politicians to call the municipal lawyers for advice. Legal advice should be channeled through staff who are the policy advisors,” says Anne Yanciw, Chief Administrative Officer for the village. She says it can be difficult to tell the difference between advice on organizational issues and a politician’s personal political issue. “For their personal questions, they should be accessing their own legal advisors. The municipal lawyers work on behalf of the organization and not the politicians.”

Yanciw notes that staff is tasked with managing the budget, and casual legal services frequently becomes a paid service, because it is not only the time spent on the call but follow up documentation, any emails, research, and so on. “We regularly see calls that began as casual legal services become an issue we are billed for.”

Division 6 of the Community Charter says if a council member considers that he or she is not entitled to participate in the discussion of a matter, or to vote on it because of “a) a direct or indirect pecuniary interest in the matter, or b) another interest in the matter that constitutes a conflict of interest,” the councillor must declare this in general terms. It prescribes what the councillor should do, such as leaving the room and not being involved in the discussion or decision on a matter, but does not help illuminate what might be considered a potential conflict.

According to the policy proposed by staff, the purpose is to safeguard the public interest by clearly identifying and addressing standards relating to actual and apparent conflicts of interest; prevent council members from using their positions for private gain; protect them from inadvertently placing themselves in a position of conflict; provide avenues for members to clarify and prevent conflicts of interest before they occur; and to protect the reputation of the Village.

The three-page policy is not intended to be exhaustive, it says, but addresses such things as commissions, outside interest, financial interest, preferential treatment, and confidential information. It also says that every member of Council owes a duty of loyalty and fidelity to the Village.

“A member of council who knowingly makes false, frivolous or vexatious allegations about Council, Management, or Employees of the Village may be subject to legal action,” says the policy.

During the council meeting, Councillor Owen Torgerson asked if this policy is close to what is contained in the Charter. Mayor Townsend suggested that Council defer the discussion until they get a complete copy of what the Charter dictates.

“I want us not to benchmark but to be in compliance with the Community Charter,” Mayor Townsend said.

Council received the policy for discussion, and requested staff bring it, along with the Charter and any provincial legislation directing municipalities with regards to conflict of interest back to Council at a later date.