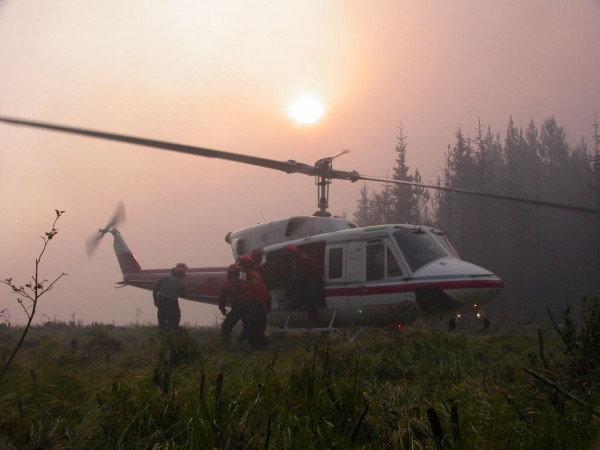 The Wildfire Management Branch is currently responding to 20 new fires, all of which started yesterday. Eighteen of these fires were sparked by lighting, while two are suspected to be human-caused.

The Prince George Fire Centre has responded to 37 new fire starts since Friday and all but five were lightning-caused. The largest of these fires is currently 200 hectares and is in the Fort St. John Fire Zone. No structures are threatened at this time.

These fires are currently being assessed and prioritized. Crews, helicopters, and tankers have already responded to multiple fires yesterday and will be continue fire suppression today. Many of these fires are in remote areas and ground access is limited.

Not only are all human-caused fires preventable, they divert critical resources away from naturally occurring, lightning-caused fires. Forest and grass fuels throughout the Prince George Fire Centre are very dry and the fire risk is serious. New fires may start easily, burn vigorously, and challenge fire suppression efforts.

Open fires that are larger than half-metre by half-metre in size are currently prohibited across the Prince George Fire Centre. Campfires are permitted but they must be fully extinguished and ashes must be cool to the touch before leaving the area for any amount of time.

Anyone who lights, fuels or uses an open fire when a fire prohibition is in place or fails to comply with an open fire prohibition may be issued a ticket for $345 or, if convicted in court, be fined up to $100,000 and/or sentenced to one year in jail. If the contravention causes or contributes to a wildfire, the person responsible may be subject to a penalty of up to $100,000 and ordered to pay all firefighting and associated costs.

Up-to-date information on burning restrictions and current wildfire activity can be obtained online at: www.bcwildfire.ca or by calling 1 888 3-FOREST.

To report smoke, flames or an unattended open fire, call 1 800 663-5555 or *5555 on a cellular phone.
You can also follow the latest wildfire news on:
 Twitter at: http://twitter.com/BCGovFireInfo
 Facebook at: http://facebook.com/BCForestFireInfo