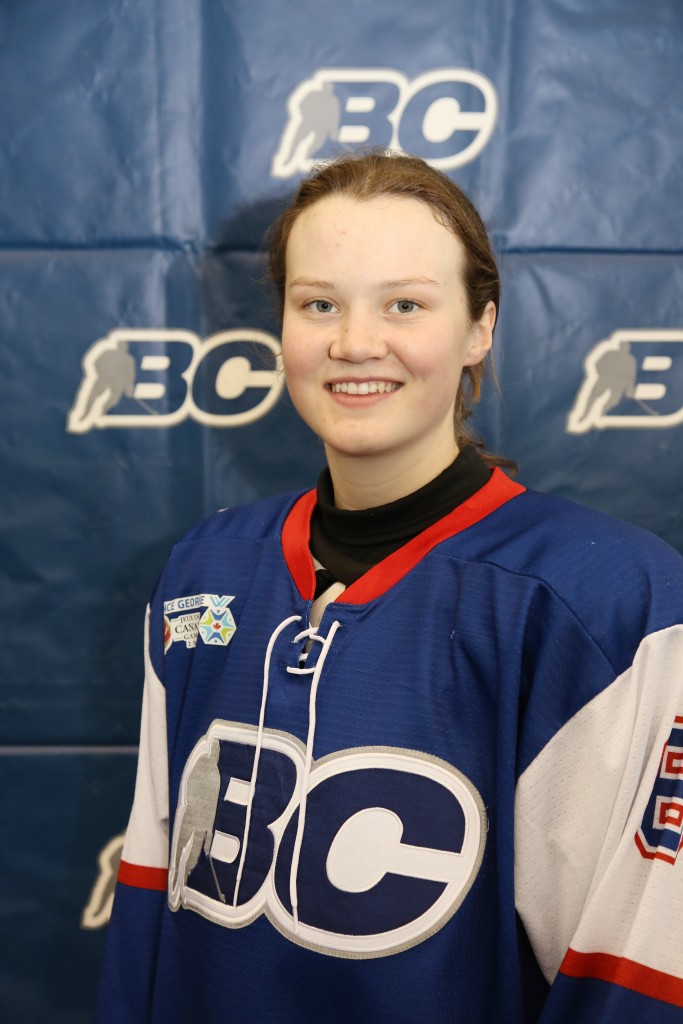 Team BC will be the host province when the 2015 Canada Winter Games open in Prince George on February 13. 249 athletes, 49 coaches, 27 managers and 23 mission staff make up Team BC and they will compete against the best in the country in 19 sports.

“One of the truly great benefits of hosting the 2015 Canada Winter Games right in our province is that it shines the spotlight on Team BC,” said Coralee Oakes, Minister of Community, Sport and Cultural Development. “I know our home team will be excellent ambassadors as we welcome the rest of the country out west to compete and play in our backyard. And heartfelt congratulations to our Team BC flag bearer Micah Hart.”

Leading Team BC into the Opening Ceremony in Prince George will be female hockey athlete, Micah Hart (Saanichton) who was chosen as Team BC’s flag bearer. At 18 years old, Hart has an impressive hockey resume including captain of Canada’s U18 women’s team who won silver at the 2015 IIHF World Championships. A member of the Okanagan Hockey Academy, she is the captain of the Team BC women’s hockey team for the 2015 Canada Winter Games.

“It is a huge honour to be asked to be the Team BC flag bearer for the Canada Winter Games especially with these Games being hosted in our home province,” said Hart. “I think it will be an amazing atmosphere at the Opening Ceremony in Prince George and an unforgettable experience leading in Team BC.”
Team BC will also be represented during the Opening Ceremony by gymnast Aaron Mah (Vancouver) who will be the official lantern carrier for Team BC. Three-time Canada Winter Games wheelchair basketball athlete and Prince George resident, Avril Harris, will read the Athletes’ Oath on behalf of all athletes at the Games.

“It is a privilege to lead Team BC for the 2015 Canada Winter Games in Prince George,” said Rob Needham, Team BC Chef de Mission. “Micah, Aaron, and Avril are truly representative of the quality and commitment of our Team BC athletes. We are excited for the Games to begin and to support the journey to the podium.”

This is the first time British Columbia has hosted the winter version of the Canada Games and Team BC is expected to be very competitive on home soil. Northern B.C. is well represented with 30 athletes, six coaches, and three managers. 55% of the Team BC contingent have previously competed at the BC Winter or BC Summer Games.

“The Canada Games and BC Games were an integral part of my journey to becoming World Champion and Olympic silver medalist,” said Serwa. “It is an honour to be part of Team BC again and to support and encourage these dedicated athletes as they compete in Prince George.”

Get the latest Team BC news including a complete list of Team BC athletes and their hometowns on www.teambc.org.

Team BC will bring together a delegation of 348 athletes, coaches, managers, and mission staff to represent British Columbia at the 2015 Canada Winter Games in Prince George, February 13 to March 1. Team BC athletes are the best young developing talent in this province and are our future national and international champions. Team BC alumni include Dan Hamhuis (Hockey), Kelsey Serwa (Ski Cross) and Bo Hedges (Wheelchair Basketball). Visit Teambc.org for the latest news and updates.

About the Canada Winter Games

The Canada Games are a national multi-sport competition with participation from every province and territory in Canada. The Games are held every two years, alternating between winter and summer and are a key step in the development of Canada’s amateur athletes. The 2015 Canada Winter Games will be held in Prince George, bringing together approximately 3,300 athletes, coaches, and managers from every province and territory to compete in 19 sports.