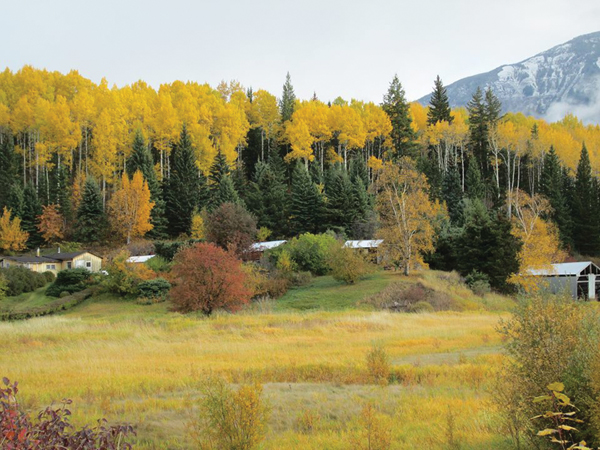 First the land was stolen from the First Nations and sold to his family, says local resident Vernon Pawloske. Now he says it is like the BC government and BC Assessment are trying to take it away from him.
Pawloske says his family was the first since the First Nations people to use the land his family has been farming on Hinkelman Road, southeast of McBride. His father was granted the northwest quarter of District Lot 7229 in 1940. Pawloske was born in 1945, and worked the farm with his parents from a very young age. After he left school as a young teenager, the family applied for the northeast quarter as well, for him to start working.

The Pawloske’s supplied McBride and sometimes Valemount with potatoes for many years, weeding up to three large fields by hand. They used horses and man-power for cutting and stacking hay, had flocks of geese, and grew other vegetables and animals.

Pawloske’s father had a severe heart attack in 1970, and after that, both his and his mother’s names were put on the properties. After his father passed away, he continued to live in the two-bedroom, one-story farm house with his mother. They also shared a love of flowers, fruiting trees and lilac bushes, some of the things Pawloske is most proud of, besides his life of hard work on the farm. When his mother passed just a few years ago, Pawloske continued to live a solitary life on the farm with few modern conveniences – no telephone, no regular power connection, no modern plumbing. Recently, he joined the Open Gate Garden, and has been sharing his knowledge of gardening and his work ethic with other community members. He’s also been learning to use computers and social media at the library, and has just gotten his first cell phone.

When the properties were granted to the family, Pawloske says they were required to identify the purpose of the land – it was to be used as farmland.

“We met all the requirements. The land was inspected by an official after we did the work, and we were granted indefeasible title to that land to use as we saw fit,” says Pawloske.

The family planned to continue to use it as farmland, but it was theirs, no conditions attached, he says, by an agreement that could not be revoked.

In 1981, Regulation 438/81 came into force, which prescribed classes of property under the BC Assessment Act. Then in 1995, the Classification of Land as a Farm Regulation (BC 411/95) came into force, which lists what land may qualify as farm class. It lists land used for a “qualifying agricultural use”, land used to contribute to that use, the farmer’s dwelling, land in the Agricultural Land Reserve that is used for a retired farmer’s dwelling, and in some cases, vacant land associated with a farm. Pawlosek’s properties are both within the ALR. The regulation also sets out annual sales that must be met for the farm to continue to qualify as farm class.

“A change from Class 9 (Farm) to Class 1 (Residential) often results in an increase in value,” says Geoff Radtke, Deputy Assessor for the northern region for BC Assessment. BC Assessment sets the value of properties each year for tax purposes, based on what they consider market value for the property as of the previous July 1st.

Regulation 411/95 (Classification of Land as a Farm Regulation) says the land in the ALR that is used for the retired farmer’s dwelling can be classified as a farm under section 23 of the Assessment Act, if the owner of the land applies and all the conditions are met.

“I was not told by anyone to apply, and therefore I did not, but I should have been exempt because I preceded 438/81,” says Pawloske.

The first he knew of the classification change for his property was when BC Assessment sent him his notices in 2010.

“I appealed but the authorities ignored my input. What I was told is that I must keep on producing – work until I drop dead and never ever be able to retire – or turn my land over to someone else,” says Pawloske. “That is like stealing my land from me. I did not agree to anything like that when indefeasible titles were granted to me.”

“Retroactive application of law is supposed to be illegal,” says Pawloske. “I should not have to apply for anything on land that I already owned historically.”

Pawloske disagrees with BC Assessment not only on the classification, but on the value they’ve assigned to the properties, in particular the one that has no residence on it. He says that a former dump and a stockyard were both established illegally near his property, which has devalued it, but BC Assessment continues to compare his land to other property that has not been similarly devalued.

If he was to try to sell that property, “I’d have to sign a disclosure to say my land is damaged,” says Pawloske. “My drinking water on that land was ruined, so it can’t be a residence.” But he says BC Assessment has ignored the information he has sent them. “I’m supposed to prove the water is dirty; well, they should have to prove it is clean.”

It was not clear by press time if renting or leasing some of his land to another farmer is an option for Pawloske. But he feels like the government has changed the deal behind his back by adding conditions that were not part of his original agreement when the land was granted to him.

“They want me to work and produce, like being a slave, until I am dead and never be able to retire,” says Pawloske. “Or they want to force me to turn my property over to others – stealing my land from me. Or if not that, then bill my land taxes excessively higher, and that is like robbery.”

“I will keep on appealing as I am not satisfied, until I get it straightened out, or until I die. I want people to know what they are doing,” says Pawloske. 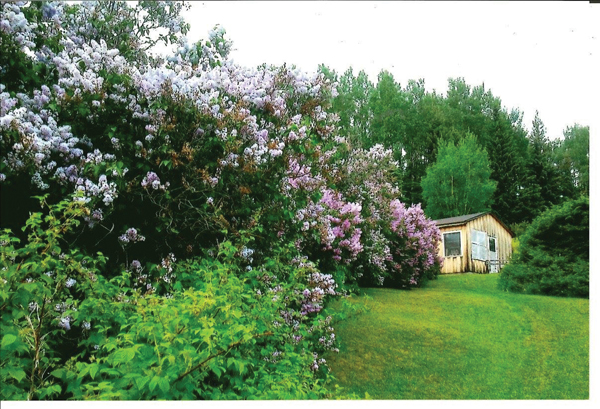