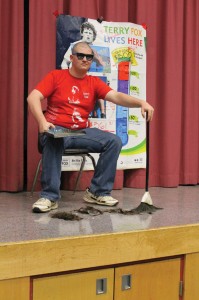 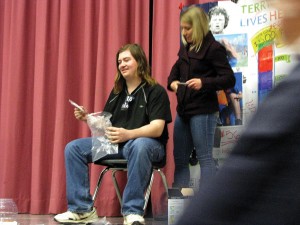 ….McBride Secondary wound up their Terry Fox Run with Cole Milligan getting a major hair cut. Milligan challenged his fellow students to raise over $500.00 a significant increase from the $350.00 that was raised last year. Milligan’s challenge stated that if McBride Secondary could raise the $500.00 he would shave his head which considering his hair was below his shoulders was just the incentive the students needed. McBride Secondary’s donation total this year was $561.00.