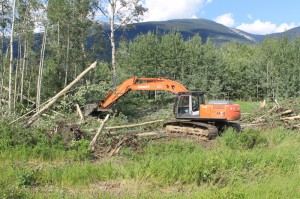 Construction for McBride’s new Petro Canada station at the corner of Bridge and North Frontage Road has begun. Manjit (Manny) Dhillon, operator of the new station as well as the one in Blue River and the Tempo in Valemount, says he hasn’t received confirmation about the Subway franchise yet.

Following the removal of poplar and cottonwood trees (left) excavations proceeded at the west end of the lot, and concrete footing have been installed (below). While the mobile home on the site has now been removed the older home (above) remains. 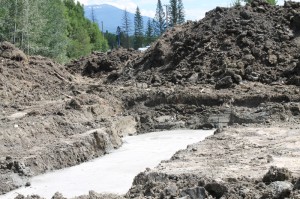