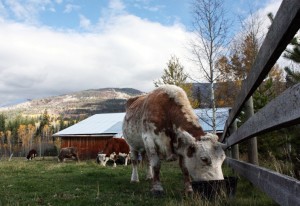 Telus announced its latest tower is now live, and will provide wireless service to Dunster and more than 10 kilometers of Highway 16 between McBride and Tete Jaune Cache.

The $550,000 investment by Telus is part of the 10-year Connecting British Columbia agreement with the Province signed in 2011. Under the agreement, Telus will connect more than 1,700 kilometers of unconnected highways with wireless service.

“It is critical that we continue to increase cellular coverage along Highway 16,” says Shirley Bond, Minister of Jobs, Tourism and Skills Training, and MLA for Prince George-Valemount. She says it will give visitors, residents and industrial users more places to use their cell phones and call for emergency support if needed. “Through our agreement with TELUS we are working to ensure that improved safety and enhanced communication in places like the Robson Valley is a high priority.”