Imagine you are staying at a lodge in Tete Jaune after your son’s wedding in Jasper, and another son starts having an asthma attack. One of his puffers isn’t working, and the other one seems to have no effect. You know Valemount is south, so you go looking for what you think is a hospital. And it’s pouring rain, and coming on to dusk. Would you see the little green sign that says “Valemount TURN LEFT 800m”? Or the “POLICE” and “MEDICAL CLINIC” signs with a little arrow that is not reflective at night, set quite far off the road? Would you even notice the beautiful big welcome sign on 5th Avenue? Especially if the 911 dispatcher is telling you to keep going?

This was the beginning of what happened to Angela Worsley and her son Scott on August 18th, and the incident has left her feeling nervous about coming back to BC, and ultimately, angry with BC Ambulance Service, the group that operates the 911 dispatch. 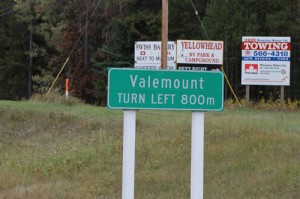 Worsley says she called 911 while on the road because her son was getting worse, he was still having problems breathing, his hands and legs were stiffening, his eyes rolling back into his head.

“There was nothing on our GPS, that is not surprising, but we had tried that, no luck,” says Worsley.

She says she described to the dispatcher passing the gas stations, the Best Western hotel, a campground, a river, and the dispatcher was still telling her to keep going. She had been told in Tete Jaune that it was about 15 minutes to Valemount, and she admits that she was speeding, with her flashers on, honking her horn. She also knows now that she was expecting a hospital, not a small clinic in a village. But she was sure she had gone too far.

“I said to Scott, ‘you know what? We’re going too far,’” Worsley told the Goat. “We have to have gone past it.”

She hung up on the dispatcher, pulled over and stopped her car, and flagged down another driver to ask where Valemount was. He told her she had to turn around, and through his window she noticed the road sign next to him – Valemount 27 KM.

So she turned around and headed back to Valemount, called 911 again, stopped at the Petro Canada and asked that they have an ambulance meet her there. The dispatcher transferred her to what she thought was an ambulance attendant who told her she was almost there.

“And I think I asked him at that time ‘you can’t come?’ or ‘you won’t come?’ and he said ‘well, you are almost there.’” Worsley recalls. 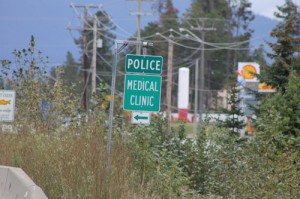 So she headed into Valemount, and she could see the stop sign and told the call taker that she was on Dogwood. She pulled over in front of the Home Hardware, and she recalls person on the phone told her she had to go back to the highway and turn right on the highway.

“I said ‘but then I am going out of Valemount,’” says Worsley. She finally agreed, and headed back to the highway, and then she says the call taker told her she had to turn right and head up the highway to get to Valemount. She was sure she was coming out of Valemount and if she headed right, she’d be going back to towards Tete Jaune.

She suddenly spotted a hitchiker on the highway. She hung up on 911, drove up to the hitchiker and asked him if he knew where the hospital was. He said he did, got in, and took her directly to the clinic.

“He knew enough to ring the bell, and the nurse, at least 911 had called the nurse, so the nurse was there,” says Worsley.

Scott Worsley is fine now. His mom says the nurse gave him some medicine, hooked him to an IV, and eventually gave them some medicine to take with them and they went back to the lodge in Tete Jaune. It seemed to be more of an allergic reaction than an asthma attack, because his oxygen levels were fine.

“All my son said,” Worsley recalls, “was ‘thank goodness it wasn’t someone having a heart attack, because someone else would be dead.’”

Worsley says the on-call nurse at the clinic was wonderful, and she felt so bad for bringing the hitchhiker off the highway and leaving him in the rain in front of the clinic.

But she says “I’ve never experienced anything so horrifying in my life.”

Kelsie Carwithen, Manager of Media Relations for BC Ambulance and BC Emergency Health Services says on initial review of the calls, the 911 dispatchers did their due diligence to assist. Carwithen notes that the problem seems to have been that the caller did not know where she was on the highway. The 911 dispatcher asked clarifying questions, called her back when she lost cell connection, called the clinic, and confirmed that she did arrive there. 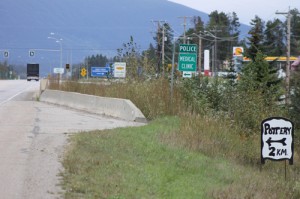 Carwithen says that when you call 911, it is really important to be able to tell the call taker where you are, by street name or address, or by landmark, so they can come to you, or in this case, which is not a usual occurrence, they can give you directions. Carwithen notes that an ambulance was not actually requested in this case. However if Worlsey had not called 911, there may not have been anyone at the clinic when she arrived, since it was well outside usual clinic hours.

Carwithen also notes Worsley was never transferred to an ambulance attendant, but back to the original dispatcher after she called back. She does not believe there was any issue with the mapping system the 911 dispatchers use.

“We use a program called BC Digital Road Atlas, a pretty failsafe program in terms of giving directions,” said Carwithen.

Worsley says she is coming back to BC soon, for her father’s 80th birthday party. Her parents live in Vancouver, and they’ll drive to the Shuswap area, where some of their children will meet them. Another of her sons wants to come here to enjoy some ATVing.

Except now she is nervous. She worries they won’t be close to a hospital, and the wait for an ambulance if needed may be very long.

Last week, she heard an episode of The Current on CBC Radio about the concerns rural communities in BC have with the quality of their ambulance coverage. The interviewer spoke with Les Fisher, Chief Operating Officer for BC Ambulance Service.

“What really bothered me,” Worsley says “is he was trying to justify why ambulance service was poor in rural BC. He was making excuses for it instead of saying ‘well we’re going to look at it and we are going to solve these problems.’” 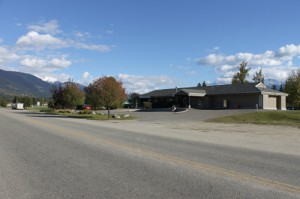 Worsley was also disturbed by Fisher’s response about the comments from Chris Hood, president of the Paramedic Association of Canada. Hood criticized BC’s ambulance service saying people in BC rural remote areas are underserved compared to similar sized communities in other parts of Canada. He says smaller provinces with rural and remote areas recognize that paramedic services are the important first link in health care, and have undertaken to staff and to model their system in such a way that an ambulance is available when people need it.

Fisher responded that Hood is talking about an area that does not have the same sort of geographical challenges that we have in BC.

Worsley feels that BC has to figure out how to have that coverage, and they will have to spend some money to do it. Worsley says that where she is, in Nova Scotia, the paramedics are hired and cover 24 hours a day, 7 days a week, and they travel through the communities so an ambulance is always close.

“Yeah, it makes health care expensive,” says Worsley, “but I think I’d rather know that I’m looked after.”