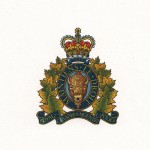 McBride RCMP are still investigating a mysterious fire and an incident of vandalism in the Dunster area recently.

The fire, which destroyed a barn full of farm equipmen and hay belonging to Dunster resident Chuck McNaughton is still under investigation.

The man who was found badly injured next to the fire, however, has been released from hospital and is recovering from his injuries.

On April 2, police were called to the Dunster store to investigate an incident in which the front window of the store had been smashed out. The damage occurred before 9 pm on April 3 because it has snowed that night and the glass from the window was located under the snow and no foot prints were located. As Dunster area residents heard of the damage at the Dunster store, information came to light that a man had approached a Dunster resident saying his vehicle had broken down and he needed assistance. The good Samaritan, offered to help by giving him a place to stay until his vehicle could be fixed The two went to the Dunster school in the afternoon of April 1st, to play floor hockey. The man then departed to use the washroom and did not return.

On April 5, as police were investigating the disappearance of the man, they were notified of a barn on fire on Channel Rd, in Dunster. Upon arrival, police learned that the barn had been on fire for approximately one hour. The barn was completely destroyed but the rubble remained on fire. Friends and neighbours were frantically trying to douse the flames and salvage as much from the barn as they could as well as to save a nearby structure. As police searched the area for any possible cause of the fire, footprints were noted in the snow, leading away from the barn and north towards a wooded area. Also noted were blood stains in the snow.

Police followed these footprints for about 50 meters, where a male was located lying in the snow. The male was unresponsive and bleeding. He was also heavily covered in soot. Immediate first aid was given to the male and several local residents began to chip in and help the male, ignoring the fire. Neighbours provided blankets, snow machines and sleds, and even provided tractors to plow out a path for the ambulance to gain access to the middle of the field. It was a true sense of community pride and effort in order to comfort and assist this unknown person.

The man was taken to McBride hospital in critical condition, where he was stabilized by the local medical team and then transported to Prince George.

The cause of the fire has not yet been determined and is still under investigation.