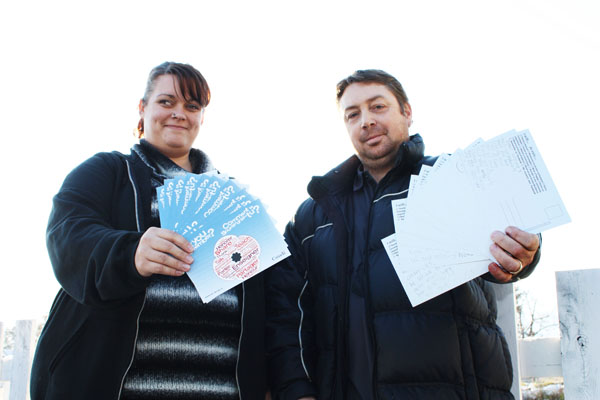 Peter and Christine Addis hope to reach the hearts of soldiers a thousand miles away.

The Valemount couple is collecting letters and postcards from local schoolchildren and others with notes for members of the Canadian Forces or British Forces who are posted in combat zones during the holiday season.

Peter Addis was in the British Army for 14 years, six years as a front-line infantry soldier and eight years as security forces. He did tours both of Bosnia and Northern Ireland. He says he received a letter when he was posted away from home and knows how powerful it is to receive an encouraging note from the outside.

They’ve collected dozens of postcards already from the elementary school and plan to collect from the high school as well. They have put out the call for letters from the schools in McBride as well.

The Addis’ will send the letters through a special program with Canada Post.

“You could send a letter anytime (to the Canadian Forces) and they’d send it for free.”

The letters are addressed “to any soldier” and are sent to any of the 20-plus overseas deployments. Addresses are listed on the National Defence website.

While they plan to send the letters all year round, the Addis’ hope to collect the first batch of letters by mid-November, so that they’ll arrive by the holidays, when many CF members will still be far from home. After that, people can write them any time and the Addis’ will be setting up a drop box for collection. 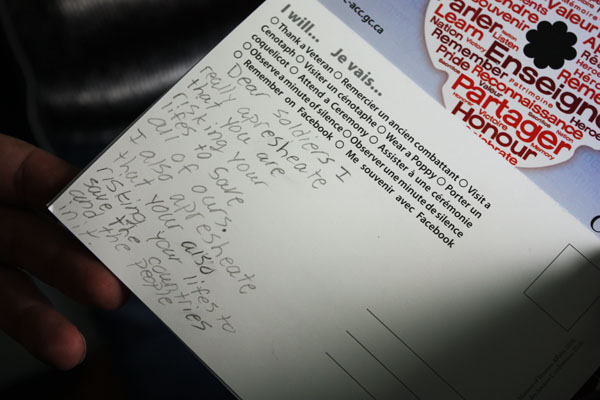