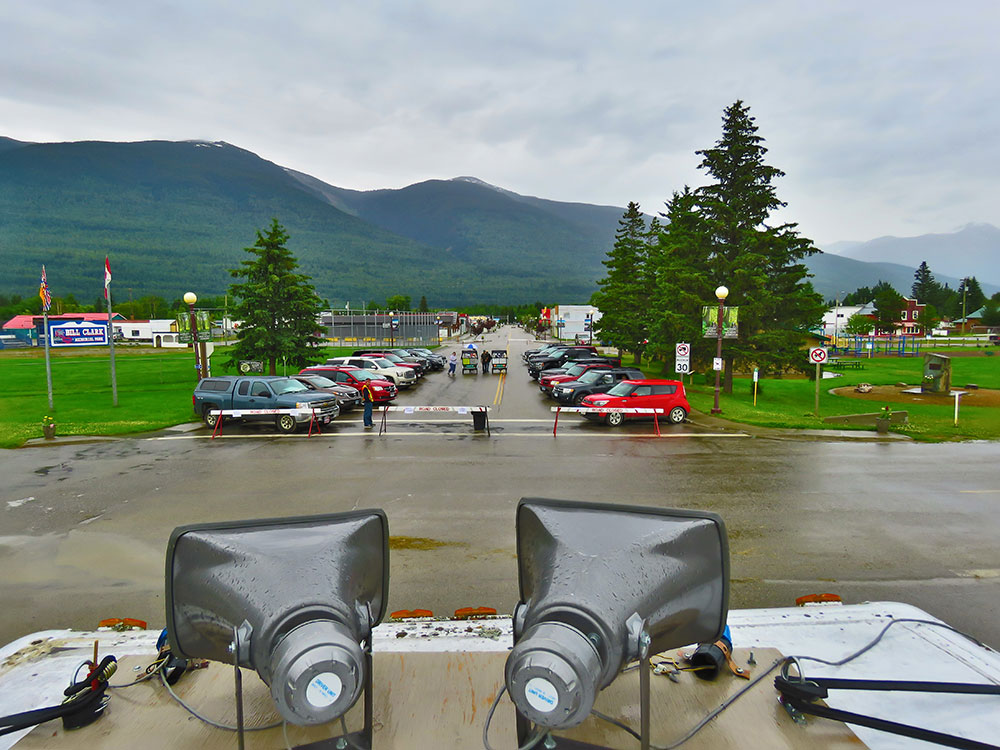 The McBride Legion traditionally hosts BINGO nights as part of their yearly fundraising. COVID-19 and the regulations that are in place have not permitted for these game nights to happen in the usual way. Legion member Rick Thompson suggested a car BINGO night, explaining how, with participants in vehicles with their family members, the regulations would be followed. On the evening of Wednesday July 15, 2020, 20 vehicles lined main street between Bill Clark and Steve Kolida Parks in McBride. Bob Balcaen sat in his truck in front of the train station and called the games using his iconic speaker truck. Other Legion members served participants by selling BINGO cards prior to the 6:00 start and by checking cards after BINGO was “called.” When a player had BINGO, they were to honk their car horn and flash their headlights. “All comments (from participants), have been positive,” said Thompson. He also says there is the possibility for another BINGO night in August, but the Legion needs to meet to decide, and iron out details. There is room for 30 more vehicles containing players to park in the designated game zone, so they hope for a bigger turn out if another night is hosted./ANDREA ARNOLD