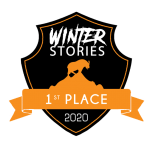 I Survived an Avalanche 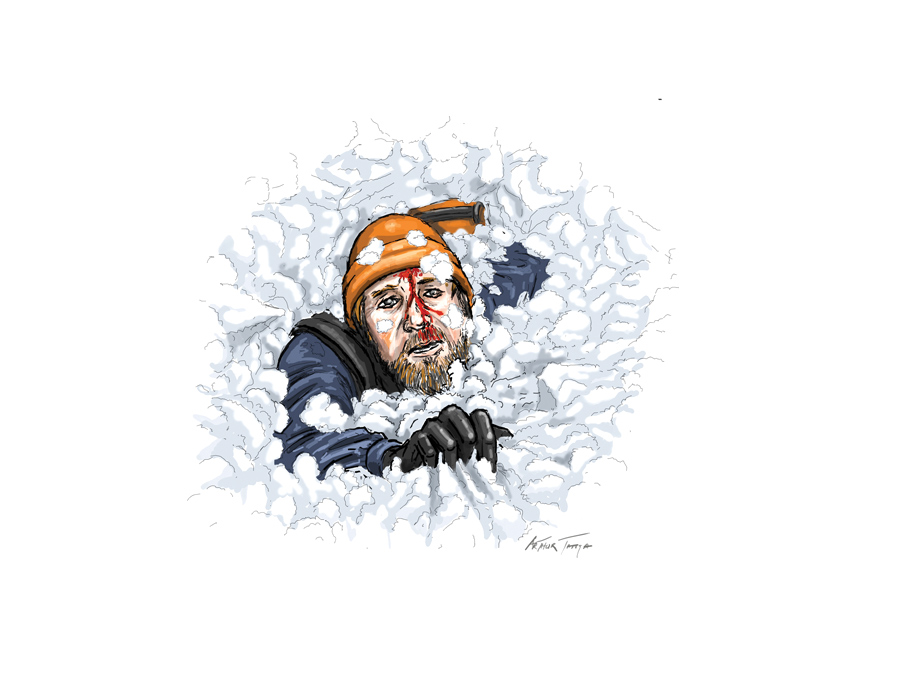 It was the morning of Nov. 17, 2002. I was at my backcountry trapping cabin, high up in the Rocky Mountains near Dunster. I had climbed up my trail from the main valley seven days earlier with barely a couple inches of snow the whole way.

“Snowshoes, why bother?” I thought as I left them at my tree cache near the top of the mountain.

It hadn’t snowed much yet up there but it started to snow the first day and continued all week at a rate of over a foot a day. However it wasn’t too bad getting around in the deep woods without my snowshoes, as I went about my trapping activities.

As the week went on I began to worry about the amount of snowfall, not having my snowshoes to get home with and the very real potential for avalanches in the alpine basin I had to travel through to get home. So here I was on my last day trying to decide what to do. It hadn’t stopped snowing and was falling heavy now.

The plan was to be home on the seventh day. My dilemma was that my wife, Deb, wouldn’t know when I would be coming home if I wasn’t home on that day. If I stayed to wait out the storm, who knows how long that would be. At what point would she call Search and Rescue and what if I was having coffee in the cabin when they showed up?

I knew I shouldn’t leave because of the avalanche risk, but I decided to go for it anyway. I had a sense of foreboding as I closed up the cabin and headed up the alpine valley. I was now almost waist deep in snow. It was going to be a tough slog, breaking trail all the way. About the third level up the alpine I was startled to see an avalanche come roaring down a chute about 200-300 metres ahead of me. “Thank God I wasn’t there,” I thought, just in

time to look up and see a wall of snow cascade over the cliff above me. The next thing I knew I was hit hard by something between my eyes and then came what seemed an eternity of rolling and tumbling in a whirling world of white. I don’t know how long it lasted, probably a few minutes in real time, then all was still. I was totally encased in a snowy tomb and I knew I had to wriggle my body to prevent it from turning solid around me. I was in a standing up position with my arms stretched up, just enough for my hands to reach a lighter shade of white that I took to mean near the top of the avalanche.

I had a real shot at getting out of this alive. This made me struggle all the more. It wasn’t long before my desperate fingers clawed a hole to daylight and life-giving air. Once out on top, I saw dark drops of blood colouring the snow at my feet. My hands reached for my forehead which along with the rest of my face, was totally numb.

“I’m bleeding bad,” I thought, as I saw my bloodied hands. I dug in my backpack which was still on my back and pulled out my spare woollen Stanfield shirt which I tied tight around my forehead, hoping it would stop or at least slow down the bleeding. I still had hours to go and didn’t want to die of loss of blood. I had no idea how badly I was injured but I knew I had to get home by dark or I was dead.

I also knew at this point if I had been wearing my snowshoes, I would have never made it out of the avalanche at all. My task now was to get out of that basin which now had avalanches sliding down all around me. I had one way to get out which was to head straight into a patch of trees growing straight up the mountain. Easier said than done. It was trees growing out of rock cliffs and I literally had to pull myself up tree to tree until I got up on top of the ridge. Once there I found myself in a raging, whiteout blizzard. I had to navigate along a stretch of goat trails, windblown open, but on the edge of thousand foot cliffs. Finally I reached the summit, where I had walkie talkie radio reception. I radioed home and thank God my son Josh, six years old at the time, was around the radio to answer my call.

“It’s dad,” I said, “Get mom and tell her I’m hurt.” Soon Deb got on the radio with her steady, calming voice. I was starting to get shaky from shock, blood loss and hypothermia setting in. It was now about 3 o’clock and I had an hour of daylight to get down. I wanted to lie down and sleep but I knew I had to keep going. As I would start to lose it, Deb would talk me back. It was hard to follow my trail ribbons as it was getting darker.

After much struggle and great difficulty, I got down to my truck just as it got dark. All in all, a miracle to be sure. Thank you God! Once home Deb took one look at me and said, “It’s bad, you’ll need stitches.”

We went to the hospital.

“How is it you weren’t knocked out?” asked the doctor as he dug the dirt out of my forehead and stitched me up with 12 stitches.

I suffered PTSD for years after this incident but nothing could take away my thankfulness for surviving.