“No one wants to raise taxes.”

This was repeated by Council members at last week’s Council meeting where Council unanimously agreed to raise water and sewer rates by 8.5%.

And that desire to tax comes from a place of fear: fear of the infrastructure bogeyman. Fear of emergencies. Fear of looking financially incompetent.

But fiscal responsibility is not just about taxing residents as much as possible to cover every dire scenario: it’s to tax responsibly, given an analysis of possible future costs and a strong understanding of what resources are available should something go wrong that the Village can’t immediately afford. 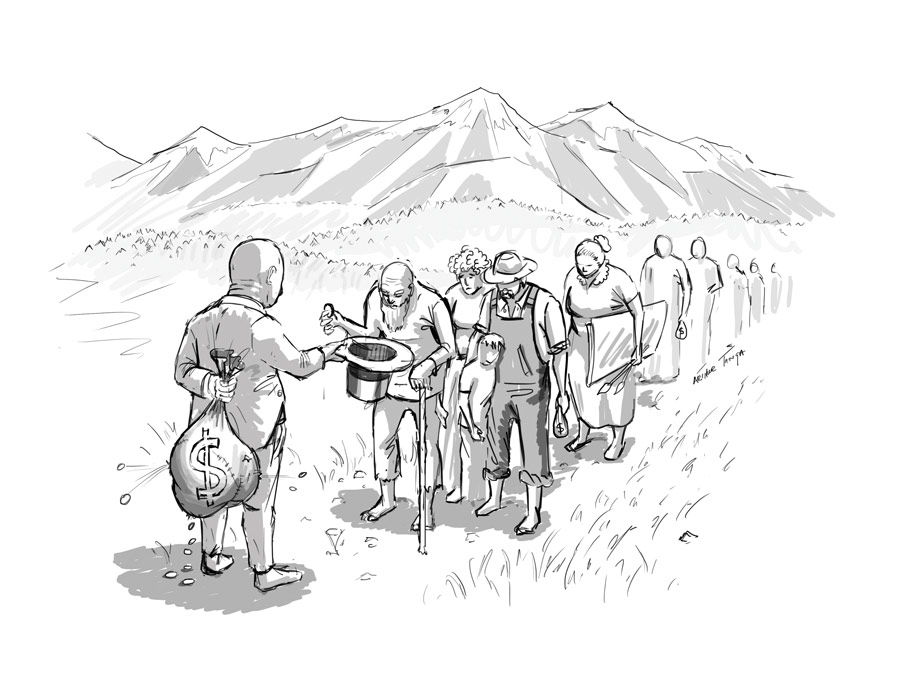 Remember in 2012 when the water pumping station got knocked out by that freak high-water event? That cost a lot of money – money which was reimbursed by the Province through the Provincial Emergency Program.

What about routine breaks? If the village is short on money it can borrow it. Yes there is interest the Village pays on loans, but what the Village is doing now isn’t good either: it is borrowing that money from residents in advance. There is a cost to doing both, and one, I’d argue, is much worse.

What does a person who lives on disability or a pension do when utility rates are hiked? For low-income residents, tax increases like this can create conditions of despair. It can mean an 85-year-old choosing not to eat vegetables for a week because there is simply no money left. Let’s not forget that this isn’t a single-year increase. Fees have increased 9.5 per cent each year for the past three years. That’s nearly $200 more per year that residents are now paying, or an additional $16 per month. If these increases continue (as they may, unless people raise a fuss), in five years, we’ll be paying roughly $600 more each year, or $50 more per month from 2016 rates. That is way beyond the rate of inflation and fosters an economic climate where low-income people, seniors and those on disability suffer disproportionately.

I fear the Village is becoming a juggernaut: decisions made yesterday have equal validity today despite radical changes in circumstances. The $2.88M grant for infrastructure the Village got last spring was not even mentioned in the staff report, despite the fact it is on track to create roughly $40,000 in interest this year while invested with the Municipal Insurance Association.

Mayor and Council need to be communicating again and again to Village Staff that keeping things affordable for residents is equally important to creating reserves.

After all, no one wants to raise taxes.