It is a frustrating time to be a bystander in a provincial conversation about forestry, jobs and caribou. Vancouver Sun columnist Vaughn Palmer has written his tenth column about a provincial effort to save the endangered mountain caribou while weaving in the woes of the forest industry.

Palmer has been milking the mountain caribou consultation theme for a long time now. But Palmer’s columns are doing a disservice to the province and to the forest industry (though not the mill owners). He is endorsing and emboldening racists, selling out the prospect of employment for present and future blue collar forestry workers and condemning the mountain caribou to an early death. 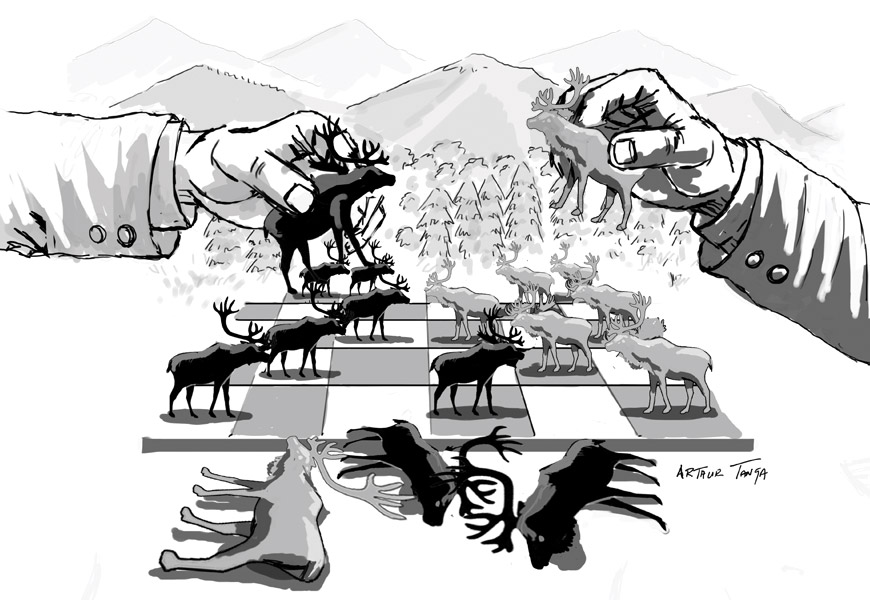 Blue collar jobs are being lost and many more are in imminent danger in the interior. The losses are the result of the mountain pine beetle epidemic, fire and how government chose to manage dwindling resources. Palmer supports the idiotic and negligible connection to the caribou. If you ask me there are more interesting links; for instance, why record profits in the industry last year translated into everybody losing their job this year.

Palmer accidentally lends his voice to a hysterical chorus (comprised chiefly of out of power liberal MLAs, like John Rustad) who are successfully running interference on the governing party’s attempt to change the forest industry from a corporate run community killing machine to one that creates new jobs and builds communities.

Mill owners are mad at the province because for once they are acting like they own and are responsible for the resource. Of all of us, Palmer gets these mill owners the most. He dedicated an entire column to the sad tale of the CEO of West Fraser who hinted that he wouldn’t invest in BC given the tone. Very sad. No new jobs for robots. Truly, the governing party is the only group with a vision to create jobs in this industry in towns like mine. The Liberals and the mill owners did their thing in Valemount, now we sell ice cream to tourists.

Palmer actually blamed northern racist rhetoric on Premier John Horgan. Palmer constantly recalls the notorious secret deal between the province and two northern First Nations and how it inflamed racial tension. Bullocks. This racism is not the result of caribou consultation. Racism has framed the entire caribou consultation from the beginning. Instead of digging into it, understanding the fear behind it, Palmer bought it, defended the racists and blamed the premier.

Here’s my take on caribou consultation. It’s not botched. Saving the caribou is complex and important. More important than hurt feelings in Fort Nelson. If it’s not done, or done incorrectly, federal legislation will cause huge areas of the province to be closed without consideration of socio-economic circumstances. We don’t need municipalities input on how to manage caribou, because they aren’t biologists. The NDP should be heralded for keeping it simple and tight for once. The NDP already hired a team to hear how an AR-15 semi auto could solve the whole situation. (By a show of hands it’s a wolf cull! If that doesn’t work, kill the bears!) How can this streetside input meaningfully influence a plan that has to functionally reverse the demise of an endangered species? Caribou are dwindling and there isn’t a lot of wiggle room here.

When something is important you get help from experts. In this case it’s the Saulteau and West Moberly First Nations. They are the only people who have successfully rehabilitated a mountain caribou herd. They have treaty rights to hunt and manage the caribou. Their hard work, initiative and vast amount of resources have brought herds back from the edge of extinction. If caribou are to be saved these people hold the key. If they lived and worked in Prince George, and were white like Palmer and I, they’d be hailed as heroes for preventing a massive federally-mandated shut down. Instead the racists among us lit their own hair on fire. Palmer was there to print their grievances.

Palmer has been milking the caribou conundrum for ten columns now, but does he actually care about the animal? Apart from demonstrating how out of touch the NDP is on this file the caribou seem to bring no value to him — but they are more than a mere political pawn.

What comes next after the majestic mountain caribou fall? Mountain goats? Marten? Fish? Wolverines? Will our grandchildren forgive us for pushing these, or other species, to the brink of extinction? 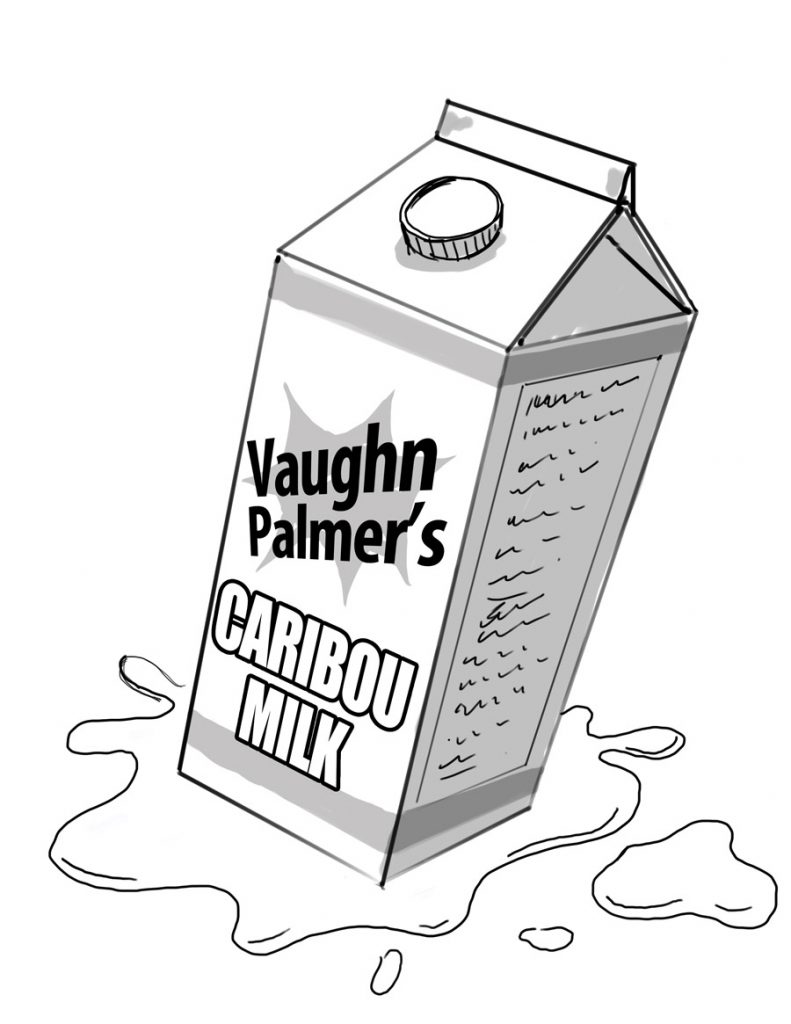 The efforts to save caribou is about preserving who we are in the North. It’s about balancing societal needs and the needs of wild things. Sadly the effort to save the caribou and the consultation around it has been interpreted through a racist, partisan, fear-filled lens at the exact moment the forest industry is imploding. If we want to create more forestry jobs while reducing our impact on the landscape we absolutely can, it has nothing to do with caribou. It has to do with a job-based approach to forestry and manufacturing.

In times like this we call on the wise, sometimes the lettered, to help us find our way. I’m calling on Vaughn Palmer to revisit the caribou file, to examine how racism has framed his take on it from the beginning. Visit the Saulteau and West Moberly bands Vaughn. See their work towards saving the caribou. Oh, and it would be nice to hear more about forest policy that turns trees into jobs not just quarterly earnings.