KAST, an acronym for

Association for Science and Technology, is looking to help grow the region’s tech sector, and despite the name, that region includes Valemount. Cam Whitehead is the association’s executive director.

KAST plays different roles in different communities. In Trail, for example, KAST operates the MIDAS fabrication lab, it’s a state of the art space that has tools that can be used for prototyping new products and conducting metalurgical research. It includes a 3d printer that prints in metal.

Whitehead said prototyping in metal is 95% cheaper than the alternative, which involves shipping a mold to China.

“This one prints in metal, it’s much faster, cheaper and you can recycle materials.”

The technology is open for business in Valemount.

“If you have an idea and you want to make it into a reality, you could work with MIDAS,” said Whitehead. “You don’t have to drive, just send a 3D model and we can print it in plastic and soon metal.”

Whitehead said it will be the first 3D metal printer in rural Canada.

“We provide business support and mentorship,” he said. “We’re like a personal trainer for your business; you can go to the gym yourself, with varied results, but for people like me, I need direction from somebody in better shape.” 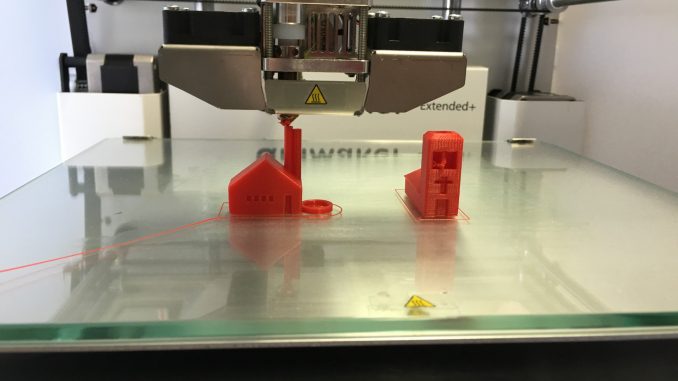 “We’re an eclectic group that tries to do a lot without a ton of resources,” he said.

Whitehead said that if the interest is high in Valemount, they are willing to play ball with tech-specific mentorship.

Not every community will get a MIDAS lab, which is a partnership of numerous interests including Teck Resources Group, a major industrial player based in Trail, but if Valemount wanted to create a fabrication lab KAST says they have the know-how to share.

“There is the social isolation working from home or a small office,” he said.

He said residents working in the tech sector are eligible to apply for a bursary from the Columbia Basin Trust to attend the BC Tech Summit.

KAST has already helped in some successful businesses, a good example being ThoughtExchange, a Kootenay start-up that now has 120 employees, five offices and is one of BC’s fastest growing companies.