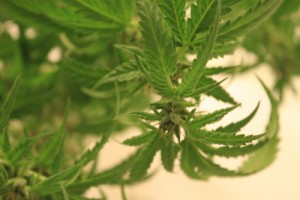 On October 5th the provincial Ministry of Public Safety and Solicitor General published their regulations for cannabis legalization.

The Ministry said the regulations prioritize health and safety and establish a framework for compliance and enforcement, including the schedule for monetary penalties and suspensions for non-compliant licensees.

The province has made it illegal to open or consume cannabis in licenced retail stores and government cannabis stores.

The maximum amount of dried cannabis you can possess at home is 1000 grams.

The rules prohibit illegal retailers from advertising as though they are licensed and prohibits anyone from advertising a place as a location to consume cannabis. It is also illegal to advertise a place to go after consuming cannabis.

The rules provide exemptions for the consumption of medical cannabis on school property and on inter-city buses, trains and boats.

There are now a comprehensive set of rules for the public consumption of non-medical cannabis, including:

No smoking or vaping in indoor public places, except in a designated room at assisted living or retirement facilities or hospitals; or in a hotel room by registered guests (the hotel may choose to prohibit);

No smoking or vaping of cannabis within six metres of doorways, windows, air intakes of public buildings, bus stops or bus shelters;

No smoking or vaping of cannabis on public patios;

No use of cannabis on any sidewalks/ boulevards adjacent to a school property under the Cannabis Control and Licensing Act. The consumption of non-medical cannabis in any form in or on school property is prohibited;

No smoking or vaping of cannabis in regional and municipal parks, except for designated campsites;

No smoking or vaping of cannabis in provincial parks, except in designated smoking areas or as authorized by a park officer;

No use of cannabis on boats, except when in an assigned enclosed cabin on a commercially operated boat (the operator may still prohibit); or on a boat with sleeping accommodations, kitchen facilities and a toilet when moored or anchored; and

No cannabis use in vehicles, except in motorhomes or other motor vehicles, or campers, or trailers when parked off a public road or forest service road where camping is allowed and when being used as a private residence.

Under the Cannabis Control and Licensing Act, the regulation:

* Makes the provincial possession and personal cultivation limits for medical cannabis consistent with the federal regulations.

The province said that by allowing violation tickets to be issued for offences as an alternative to prosecution provides an effective deterrent, while also reducing the burden on the Province’s police and courts.

Lastly, the province is going to tax it.

The rules also affect farms. Medical and non-medical cannabis production will continue to be excluded from agricultural uses that qualify for farm classification, other than industrial hemp under the federal Industrial Hemp Regulations.

The Province said they will continue to monitor the implementation of cannabis legalization and make adjustments to the provincial regulatory framework, as necessary, to protect children and youth, promote public health and safety, keep the criminal element out of cannabis, keep roads safe and support economic development throughout the province.