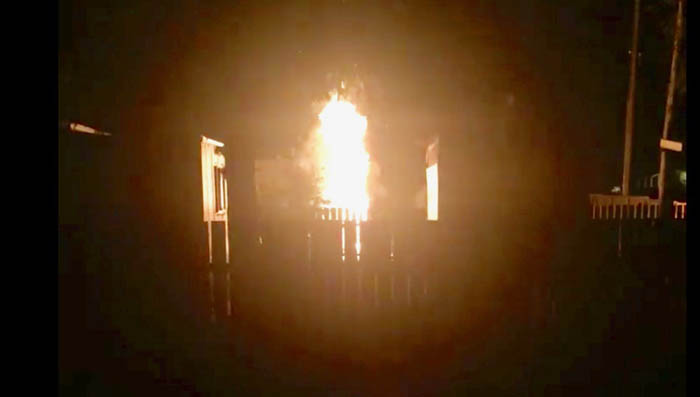 In the early hours of Jul. 28, a group of Valemount locals on 4th Avenue had a back yard fire despite a B.C. Wildfire Service campfire ban.

Witnesses saw the people — who were also drinking — dragging dry tree brush onto the fire, and they estimate the flames reached as high as 20 feet, creating a hazard for the entire community.

Witnesses also said the campfire had been active multiple nights in a row.

People on scene credited local RCMP and the Volunteer Fire Department with quick action in order to put the flames out.

As it stands now, the entire Province of B.C. is under a campfire ban.

The use of stoves and other portable campfire apparatuses are prohibited unless CSA approved or ULC-approved.

Anyone found in contravention of an open burning prohibition may be issued a violation ticket for $1,150, required to pay an administrative penalty of $10,000 or, if convicted in court, fined up to $100,000 and/or sentenced to one year in jail. If the contravention causes or contributes to a wildfire, the person responsible may be ordered to pay all firefighting and associated costs.