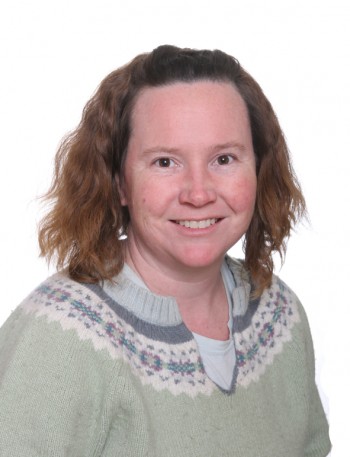 How do you rebuild a divided community? How do you pick up the pieces, still be friendly with your neighbours and acknowledge that you both want what is best for your community, although you don’t agree on the path? And how do you do that especially when someone creates an anonymous website, defaming some prominent members of one side of the debate?

The Library and Museum has been such a heated debate in McBride, since even before the last municipal election over a year and a half ago. But over the last month, it seems to have gotten worse.

Bitterness, nasty comments, foul language – it was all on Facebook over the last few weeks, and some have been saying that Facebook is the worst thing that has happened to McBride. But Facebook is merely a tool, and it’s really about how people choose to use it.

Facebook can be just like a conversation at the local coffee shop or pub, with people putting in their two cents, sometimes not thinking about what they say before they say it. The difference with Facebook is that many more people can go back and read what you said. And the more people pay attention to what is on these discussion boards, the more they can be used as advertisement – to reach even more of the community than is ever reached at a coffee shop or pub.

Although some people use pseudonyms on Facebook, most people on the local discussion pages are known to each other, and if they are not, you can certainly get to know a person by reading their posts.

But less than a week before the general voting day on a proposal to pay for the move of the library and museum through taxation, someone created a website which tried to link some questionable actions to some prominent people in the McBride community and some recent comments about the library and museum proposal. I deplore that sort of action, and I think most members of the community do as well.

The website is not available any more, and I have no idea who created it, but it does seem that some people can be very petty and mean. And it is hard to know the best way to deal with actions like that. Should we ignore it? I could argue that someone who doesn’t have the guts to put their name to something is not really worthy of attention for their views.

I could also argue that people – anyone who saw the website – should ask their own questions, starting with “Who would post this information, and why, and where is the proof?”

Someone said there was reluctance among the community to deal with “rogue members and supporters,” and I’m guessing they were referring to the creator of this anonymous website. But that comment presumes that others in the community know who did it.

I suppose that may be true, especially since the website was seen by many people – someone had to share it first. But how do you deal with it?

I was accused once of throwing a potted plant into the dryer while someone else was drying their clothes. The laundry room was a common area in a large employee residence, and the building caretakers kept nice potted plants on the shelves in the room’s sunny windows.

It was a ridiculous thing to do – it made no sense. I was accused because there seemed no reason for the seemingly malicious act, and someone groped at straws, saying I’d expressed some anger at the caretakers, so it must have been me that threw the pot in the dryer. It wasn’t, but of course, I couldn’t prove it.

My friends knew it wasn’t me. The girl whose clothes got ruined told me she felt like she’d been violated and targeted, but she knew it wasn’t me. The guy who actually did it admitted to me weeks later that it was him, and there was no reason – he just did a ridiculous thing. To my knowledge, he never got in trouble for it, but I would hope he felt bad, and didn’t do
something like that again in the future. I don’t know, because after about six months at that job, I’ve never seen any of those people again.

It is very different when it is your own community. I don’t mean to minimize the actions of someone who clearly got members of the community upset. My point is that everyone can move on – if they choose to.

If people want to keep harbouring their anger at things that happened in the past, those things will continue to be a source of friction in the community. I have always believed that the people who can’t forgive are the unhappiest people in the world. Forgiving someone is a choice you make when there is no logical reason to do it.

The library and museum have won the vote to move to 521 Main Street. But I think to bring the community back together, people need to choose to forgive each other, and move on.