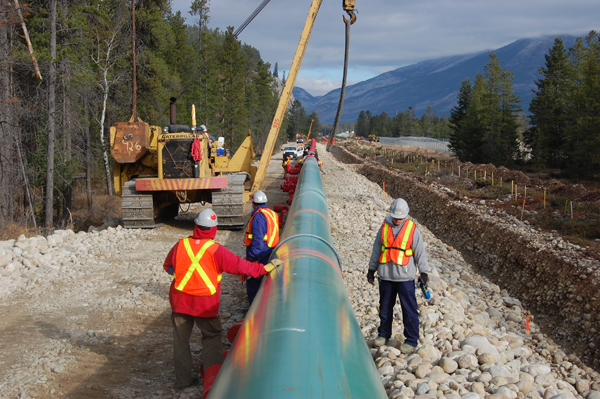 Simpcw First Nation will hold a referendum on entering a mutual benefits agreement with Kinder Morgan on March 13th.

A notice in the community’s monthly newsletter says information packages with a summary of key terms of the agreement were to be mailed to each registered Simpcw member over 18 years old. Information meetings open only to the Simpcw membership were also hosted in late February.

According to the notice, the Simpcw Referendum code requires 30 per cent of eligible voters to cast a vote, and 51 per cent to vote “yes” in order for the referendum to be valid and accept the question on whether to enter into the agreement with Kinder Morgan Canada.

In March 2015, Kinder Morgan announced a potential contribution of $185,000 to four projects in Valemount. An agreement was recently signed with the City of Abbotsford, bringing the total number of agreements to 15, says a news release from Trans Mountain last week. It says the company’s community benefit program is committed to investing in communities that may be impacted by construction along the pipeline route if the expansion is approved. “The funds help compensate for the disruption caused in these communities during the construction phase of the proposed project,” says the release.

Last year, Kinder Morgan announced a contribution of $185,000 to Valemount as part of a group of community benefit agreements, should their application to expand the Trans Mountain pipeline from Edmonton to Burnaby be approved.

On the list of projects is an estimated $80,000 towards the mountain bike park and bridge construction; $50,000 for education funding for programs related to the pipeline industry; $50,000 towards the water intake project; and $5,000 to fund a consultant to update the Village’s Emergency Plan. Discussion is still needed to determine how to allocate the education funding according to the benefits agreement.