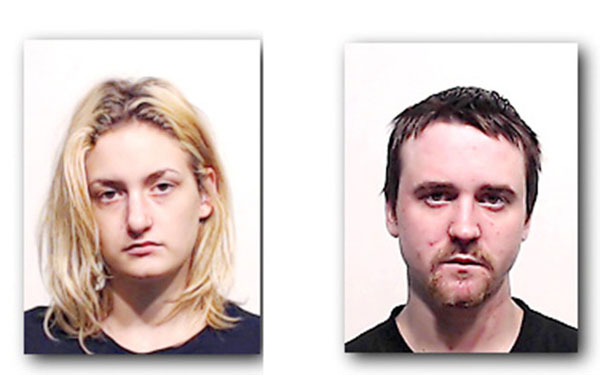 RCMP South-East District say they are looking for two repeat offenders who may be in the Barriere to Valemount area.

“We have had a number of thefts recently,” noted Sgt. Kevin Podbisky of Clearwater RCMP.
Waylon Michael Faulhafer is described as 168 cm (five feet six inches) tall, weighing 54 kg (119 lb.) with hazel eyes and brown hair. He is 22 years old. He is wanted under an outstanding warrant from Chase RCMP (file 2015-3164) for theft of motor vehicle and possession of property obtained by crime over $5,000.

Bree-Anne Alicia Buhler is described as 165 cm (five feet five inches) tall, weighing 54 kg (119 lb.), with brown eyes and brown hair which is dyed blonde. She is 21 years old. Buhler is wanted under an outstanding warrant from Chase RCMP (file 2015-3164) for theft under $5,000, breach of probation (times two) and breach of bail/undertaking.

If you know the whereabouts of Bree-Anne Buhler or Waylon Faulhafer, call 911 and report the information to police.