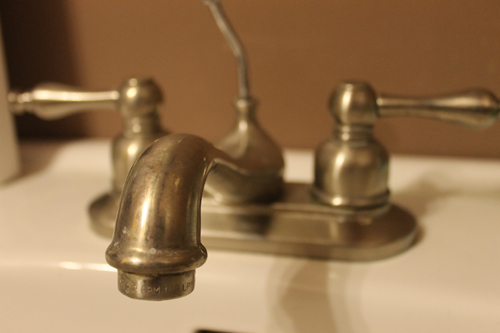 Water fees will need to go up substantially – as much as 9.5 per cent per year for nine years – in order to cover maintenance and replacement costs of Valemount’s water system over the next 20 years, according to preliminary recommendations.

In a closed portion of the Aug. 25th, 2015 meeting, Valemount Council voted to accept a proposal by FCS Group to do studies on utility rates, cost of services, and revenue requirements. The decision was reported out to the public on the Dec. 8th regular meeting agenda, which also included a letter from local business and property owner John Peterson, asking utility fees be removed from vacant properties.

Peterson has previously written to Council in February 2015, asking the same thing. At a meeting of Council’s new Public Works Committee in June 2015, staff explained there used to be water and sewer parcel taxes that were applied to all properties in Valemount. But when former CAO Tom Dall came to Valemount, he recognized the parcel taxes did not meet current legislation, because they didn’t have a specific reason and time frame.

The sewer parcel tax was removed in 2011, and the water parcel tax was removed in 2014. The funds previously collected were incorporated into the utility bills, but staff realized that only properties with buildings on them were being charged utility fees, though vacant properties had been charged the previous parcel taxes. Council passed bylaws amendments in early 2014, and staff began charging water and sewer utilities at 50 per cent discounts to vacant properties.

In his December letter, Peterson called charging for services not provided a “tax grab”, and said “just because the Village can do it does not make it right.”

“This is offending all owners of vacant land in the Village boundaries,” said Peterson.
During the Jan. 26th Council meeting, Karen Johnson of FCS Group attended by teleconference to present some preliminary findings on revenue requirements for the water service. The study so far recommends three financial policies: creating an operating reserve (equal to 15 days of operating and maintenance expenses); creating a capital contingency reserve (equal to at least one per cent of the system fixed assets, at least $70,000 in Valemount’s case); and creating an infrastructure replacement fund, which will provide a starting point to build capital reserves to replace assets.

The baseline scenario included a rate increase of 5 per cent for each of the first 4 years, then 3 per cent after, and would provide $30,000 for annual capital spending – about what is budgeted for 2016, and less than half of the recommended one per cent capital contingency reserve. That scenario would only cover 20 per cent of the annual amortization expense (loss of value of existing infrastructure).

Two other scenarios which would phase up to covering all of the annual amortization expense, and allow between $50,000 and $200,000 in annual capital spending for replacement costs. Both would require rate increases of either 8.5 or 9.5 per cent each year for nine years. The recommendation from FCS Group is to one of the second scenarios, which included eliminating the discount for paying utility bills early, and requires a rate increase of 8.5 per cent for each of the first 9 years (to be reviewed annually and modified as warranted).

Next steps listed in the presentation include completing the cost of service and rate design portions of the study, which will involve a high level review of equity between customer classes (like residential, commercial and vacant properties), and submitting the final study documentation in March.

The presentation also included a request for input and policy direction. Council agreed to defer deciding on direction for completing the study until next regular meeting, when staff will present a report on the water rate study.