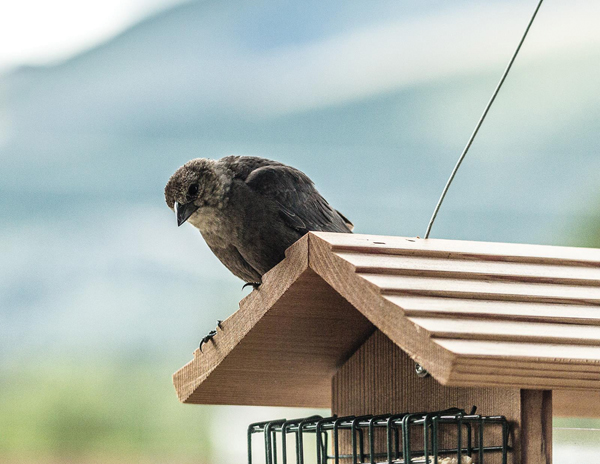 Recently fledged birds are making appearances at feeders all over the Valley right now and Bob Hoskins has captured the debut of a clumsy, fluffy young brown-headed Cowbirds (a pair of males shown arguing below) are the New World equivalent of European cuckoos, and parasitize other birds’ nests, replacing the owner’s eggs with their own. The duped host then hatches and raises the cowbird’s chicks. Usually seen in open fields and pasture, cowbirds are becoming more widespread due to forest clearing and farming.