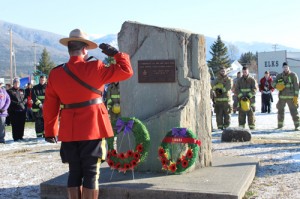 We have Legion Meeting on the first Tuesday of each month (except July and August). Meetings start at 7:00 pm.

We also have Bingo on the First, Third and Fifth Wednesday of each month except July and August. Early Bird starts at 630 p.m.

The McBride Branch has donated $2,250 to the Royal Canadian Legion BC/Yukon “Vet Service Dog Program and $541.00 to the McBride District Hospital for a TV to be used by the Extended Care Residents. This money came from the local Poppy Fund.