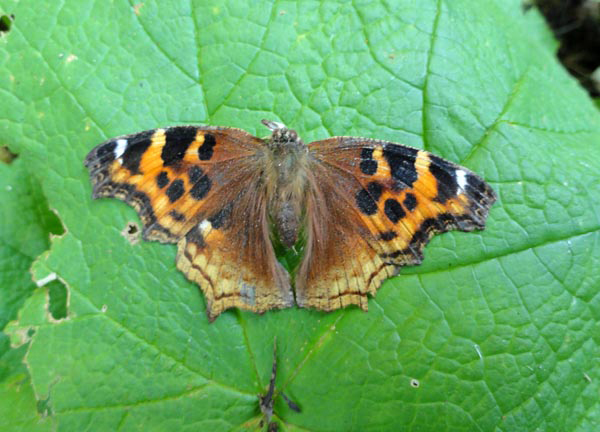 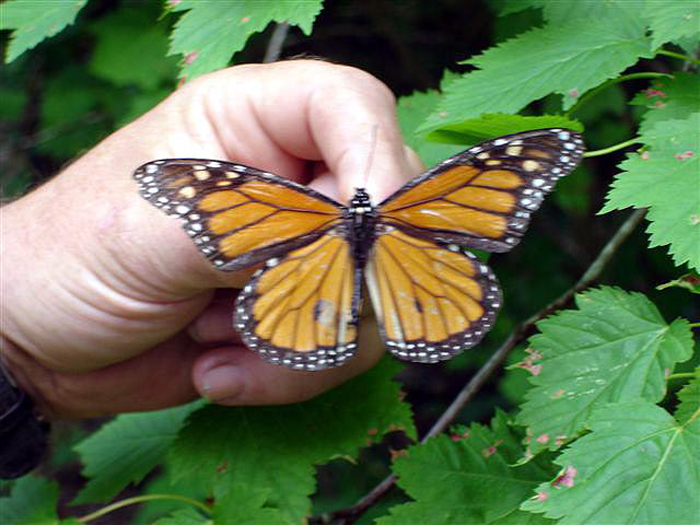 The Butterfly Man wants to set the record straight on a common butterfly in the Robson Valley that is often mis-identified.

Mick Callas, who has lived in the valley since 1979 and is known locally as “The Butterfly Man,” says he often hears about monarch butterflies in the area, but it is really not monarchs folks are seeing.

“Now, I won’t say there are no monarchs in the valley,” says Callas. In his 35 years living here, he has seen one – yes, just one. He reported it to Monarch Watch, an international monarch tracking organization based in Idaho. “It took a lot of convincing, plus the written statement by a witness that I did indeed catch the specimen in the Robson Valley,” he says. “Prior to my report the closest any Monarch had ever been reported was ‘50 miles north of the border.’”

Callas says the monarch caterpillar eats only the leaves of milkweed, a plant not common in northern BC. “The tortoise shell caterpillar eats nettles, and we all know that plant thrives in the valley,” he says. Also, the monarch is a migratory butterfly that travels from its winter home in Mexico and Central America, whereas the tortoise shell is a hibernating butterfly. “It stays throughout the winter, frozen in your woodshed or other sheltered place, and emerges in the warmth of spring,” says Callas.

The McBride Library is currently housing a series of nature displays, including some of Callas’ collection. He’ll be giving a presentation and mounting demonstration at the library this Friday, August 8th at 7 pm, part of the library and museum’s Friday Speaker Series this summer.

Watch our 2010 Video about The Butterfly Man