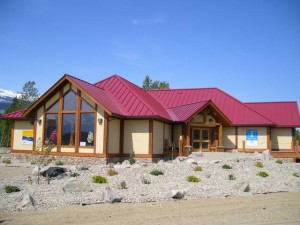 Valemount Council has delayed a decision on continuing winter hours for the visitor centre, although visitor numbers and revenues were both lower than anticipated.

The report says the purpose of a visitor centre is twofold: to increase the length of a visitor’s stay and to promote return visits. It says because of the nature of the winter visitor, it is unusual to be able to increase a visitor’s stay, so the focus has been promoting return visits. Keeping the centre open during the winter is an opportunity to promote what the area has to offer throughout the year, but the visitor numbers may not justify the cost. The report calculates the cost to the Village per visitor in the summer to be only 50 cents, but the cost per visitor in the winter is $8.13.

The report notes that if the centre remains open in the winter, visitation would likely increase, but if the Village determines the cost of winter operations is not justified, Adventure Management recommends the centre opens on April 15 and closes after Thanksgiving weekend to take advantage of higher-than expected visitation in the shoulder months.

During discussion at Council, Councillor Sandy Salt said she was in favour of extending the summer season to cover April and October, but all three councillors agreed to refer the question to the committee that originally reviewed the contract with Adventure Management.

When asked why council didn’t make a decision, Councillor Hollie Blanchette said via email that it may sound like a copout, but it is easier to make a decision when the most information is available. “It’s always best to go back to a committee if they walked that road before. They will pick everything apart and really look deep,” she said. “I’d rather wait a bit longer, dig a bit deeper before we decide if and when to pull the plug on a local business and local employees.”

In a report to Council, Chief Administrative Officer Anne Yanciw says a larger concern is the province’s unwillingness to honour their funding formula for Visitor Information Centres, which should have had the Village receiving $17,400. The report says the Village only received $12,500 as the province had not budgeted enough money for the program, and the amount provided in 2013 and 2014 was the same.