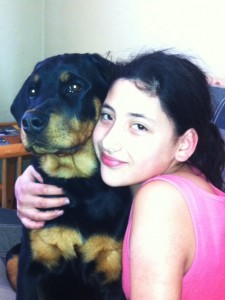 By the time this article has come out I will be in Clearwater for Bible Camp! I have been so excited to go, so I guess I’ll see you on the day I come back. On Friday my family and other friends went down to Kinbasket Lake for fun in what sun we had left. There we had a skidoo and our friends were riding it up and down the lake. Then they asked my brother and I if we want to get pulled by the doughnut (a doughnut is a floatie with handles), my brother being the “dare devil” climbed right on. I being hesitant looked over at my dad who just looked at me. So thanks to that advice I climbed in. This was my first time ever in a doughnut and I hadn’t been to the lake in three years. With our life jackets on and secured, I had a death grip on that handle, with me in the front and my brother right behind me, he put his leg around me so I wouldn’t fly off when we were being pulled by the skidoo. We set off. God, I swear I was screaming the entire time. The ride was bumpy and fast, which led to about a million scary scenarios in which I learned my frightening fate. We had just started getting out of the dock. When we went into the middle of the lake, waves and logs spun around us and I was screaming at the top of my lungs saying, “ohnoohnoohnoohno, one of the logs is going to be pointy and it’s going to pass under us, the doughnut is going to pop and we are going to sink!!! Ohnoohnoohno!”. Then there’s Omar in the back screaming “THIS IS AWESOME!!!!” a million times in one minute. To make things worse, at some points we weren’t even in the water, but flying in the air. After it was over I was so traumatized I sat in the chair and refused to take my life jacket off because “I might sink.”
I took a nap afterwards, I was so stressed. And my back was killing me. I felt like one big giant bruise. Did I mention I got a bruise from Omar’s heel digging into my calf? Yeah I got that too. If you ever ride on a doughnut…. Don’t.