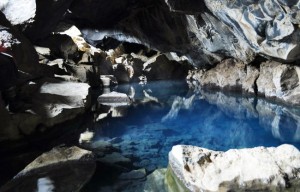 The Village of Valemount is inviting proposals to research the creation of a local energy company and possible uses for the waste heat generated from Borealis GeoPower’s proposed geothermal project.

Calgary-based Borealis obtained the lease on the area of interest 30km south of Valemount just over one year ago, and is in the preliminary stage of the project. If constructed, it would be the first commercial geothermal plant in BC, producing up to 10 MWe of power.

Borealis Geopower CEO Tim Thompson has said they are interested in sharing the benefits of the project with the Village of Valemount. He said the Village has already been very supportive of the project and one of the best ways to keep them onside is “give them some flesh in the game.”

The idea would be for the Village (or Village-run utility company) to act as a broker of the excess hot water and find a suitable company that could relocate to the area to use it for their production. That company may be a greenhouse, wood dry kilns, a spa, or one of many other companies that use waste water in production.

Borealis would sell the heat at 30-50 per cent of the regular price to the Village, which could then broker the heat to a company or companies to create local jobs.
Once the feasibility study is done the Village can see what it will take to get the spin-off heat project off the ground, says Tom Dall, chief administrative officer for the Village of Valemount.

They have posted the request for proposal on bid bc. Village of Valemount will form an evaluation team to evaluate Proposals after the Jan. 23rd deadline.
Village CAO Tom Dall says they are looking not just to create an energy company but also to research possible uses for the waste heat. In other words, finding out what industries may be able to use it. The study will also explore the costs involved.

“This has never been tried in Canada before so we don’t know,” Dall says, referring to the idea of selling excess heat to a nearby municipality. “The RFP is about finding out what’s out there.”

He says he has already heard from a number of people who support the project but no applications yet.

Dall says he is trying to get through the process so that the village is not on the hook for any expenses but Council could also approve to spend village money on the project.

Borealis has made steady progress in developing the site, some 20 km south of Valemount. They are going through the final signature process on the contract with the First Nations and have a tentative deal with the Village with regards to the sale of heat.

$40,000 has already been granted by the Omenica Beetle Action Coalition for the feasibility study.

Council is also seeking $20,000 from Northern Development Initiative Trust and $40,000 from Fortis BC.

The consultant who has prepared the RFP document, the Community Energy Association, has the right to either prepare a proposal or to be part of a team that submits a proposal.

Dall says the project will benefit the community by providing much-needed reliable power for the Valley and to provide extra power for new developments.