On Saturday, August 8th, 2020 at 10:30 PM, Valemount RCMP received a report of a break and enter to the Lakes District Maintenance yard on Blackman Road in Tete Jaune, BC. The suspect(s) forced open the front gate and attempted to steal fuel. A utility trailer on the property was broken into and over $5,000 in assorted power and gas tools were taken. Tools included a jack hammer, and a quick-cut circular saw. 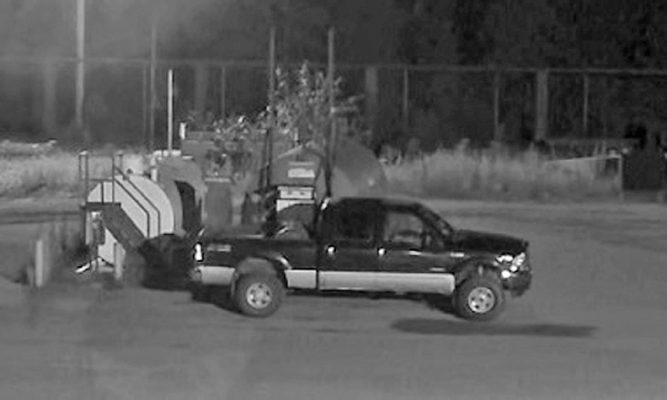 On Monday, August 10th, 2020 at 11:00 AM, the Valemount RCMP were called to the Car Wash Depot on Ash Street where it was discovered that an individual attempted to drill out the locked cash boxes on site.

“There have been a number of reported break and enters in the community that have occurred during and after business hours. Police are asking for the community’s help in preventing any future incidents,” said Cst. Robert Riemer, Valemount RCMP. Report any suspicious activity to the police.