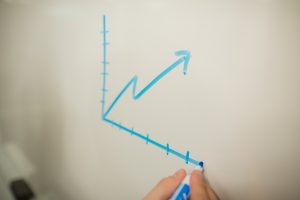 “There is a whole variety from counseling to food security.”

In order to explain a survey given to non-profits around B.C., and what the data represents, Raynolds addressed a crowd of at least 20 people at the Best Western last week.

Raynolds says the workshop was made up of three main questions: What’s working well right now? How can the social sector be improved? And what are some new ideas?

Eighty-eight groups participated in the survey, which garnered a 59 per cent response rate. The meeting that followed discussed how the community and its individuals must work together for a positive sense of well-being.

If a community has small organizations with passionate people, Raynolds says although the organization is working hard to support the community, financially it struggles.

As social issues become ever more complex, Raynolds says the challenge of delivering service to individuals is equally as complex.

Statistics from the survey showed 15 per cent of the organizations who took part generate less than $30,000 in revenue annually.

“Anecdotally, mental health is a good example,” says Raynolds. “These organizations are trying to support vulnerable people, while they’re just trying to fundraise enough money to keep the lights on.”

But it isn’t all doom and gloom.

Executive Director of the non-profit Valemount Learning Center, Riette Kenkel, says communication and collaboration is already a strength of the community, and the meeting generated some good ideas.

“Things like interagency meetings, where you have all the different organizations come together with a similar topic or shared vision,” says Kenkel. “There’s always room for improvement.”

On top of the communication and collaboration, which includes organizational pairings such as YORA and VARDA, Raynolds added a strong volunteer base is another strength within Valemount’s community.

But Raynolds echoed Kenkel’s sentiment, saying there is need for more interagency meetings, and another idea brought forward at the meeting was to introduce a hub for all non-profits in the region.

“It doesn’t have to be a long and drawn out meetings, but the (organizations) can share what they’re doing,” says Raynolds. “When you’re not communicating there is a real risk of re-inventing the wheel.”

In her tour across the Columbia Basin boundary region, Raynolds says she’s seen many non-profits experiencing the same challenges.

Trail may not always have the opportunity to have open discussion with Valemount, but Raynolds says her goal is to share the learning and ideas from the different communities.

“People care, and people want to put thought into this,” she says. “Hopefully we’ll be moving forward with some new initiatives.”