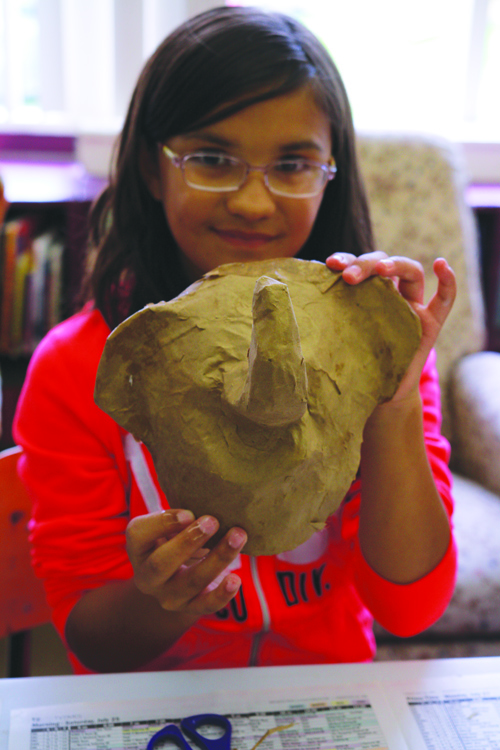 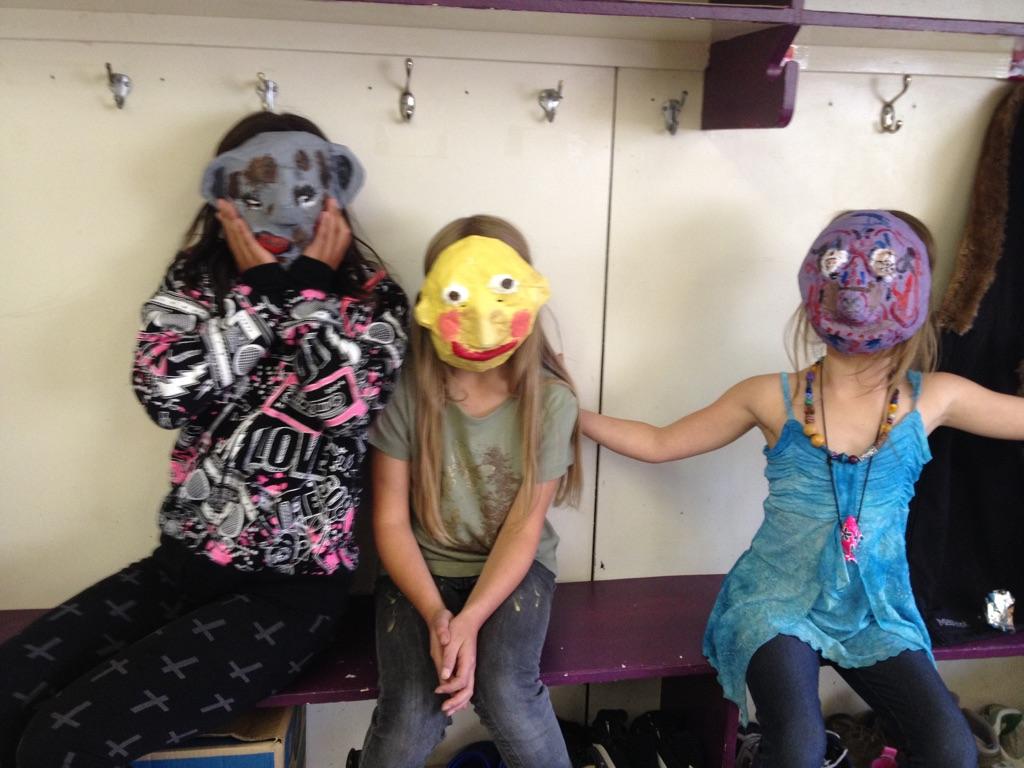 The workshops were put on by the BC Arts Council Youth Engagement Program in conjnunction with local theatre co Wishbone Theatre Productions. Above right clockwise: Hannah Black shows off her “baby elephant” mask before it’s painted; Bob Thompson tries on his mood mask; Monica Zieper, Sharon Stearns, Janey Weeks and others hand-formed the masks out of paper; Donalda Beeson does an intense selfie after finishing her mask; a participants gets al ittle help from mask-maker Melody Anderson in designing the eyebrows. 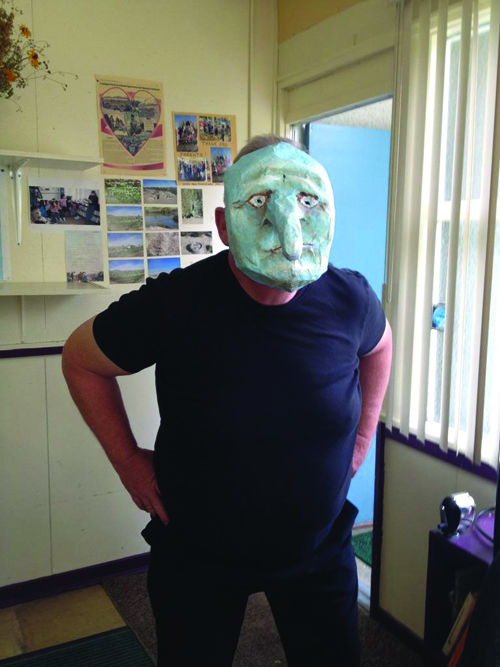