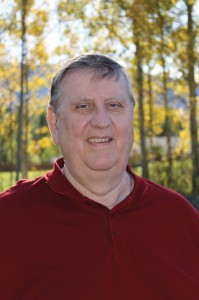 I learned the most interesting things about myself while at work the other day. I find myself truly amazed by all that I have accomplished in my lifetime. Mind you, most of what I discovered I wasn’t aware I had even taken part in; let alone accomplished.

I am still smiling over the conversation I had with a couple of McBride residents, just two short days ago. I ran into a couple I had met several times before and have become friendly with. I asked how they were and then I had simply asked what they thought of the candidates running for the upcoming election. What I was told still boggles my mind.

“Don’t believe everything you hear. Some is true, some is not, some might be based in fact, but who really knows? For example let’s take you for instance. You have been in town, what, about eight weeks? In that time we have heard that you have a criminal record in the United States and are hiding out here in Canada, you had your children taken away, you might have some mental issues; people aren’t really sure, you make people wonder what you are thinking because you smile so much, but for the most part people think you might be nice and are generally okay.”

So like I said, I am truly amazed by all I have accomplished! I have to laugh, I have no other choice as this is so reminiscent of a game I played in university.

My friends and I would all chip in what we could to fill the gas tank and then we would hop in my car and drive around the city until we found an interesting looking car and driver, man or woman it didn’t matter. We would then follow the car and make up incredible stories about the affair the driver was having or the heist he was planning or the jail she had just escaped from. This game could take hours and an entire tank of gas, but for bored university students, all of whom were English majors, it was great fun.

Who would have thought that more than 20 years later in McBride that the game I played in university would come back to get me!

Another of the things I remember from my university days is an old expression that seems very fitting now. I don’t know who said it, but I believe it is true… what do you think?