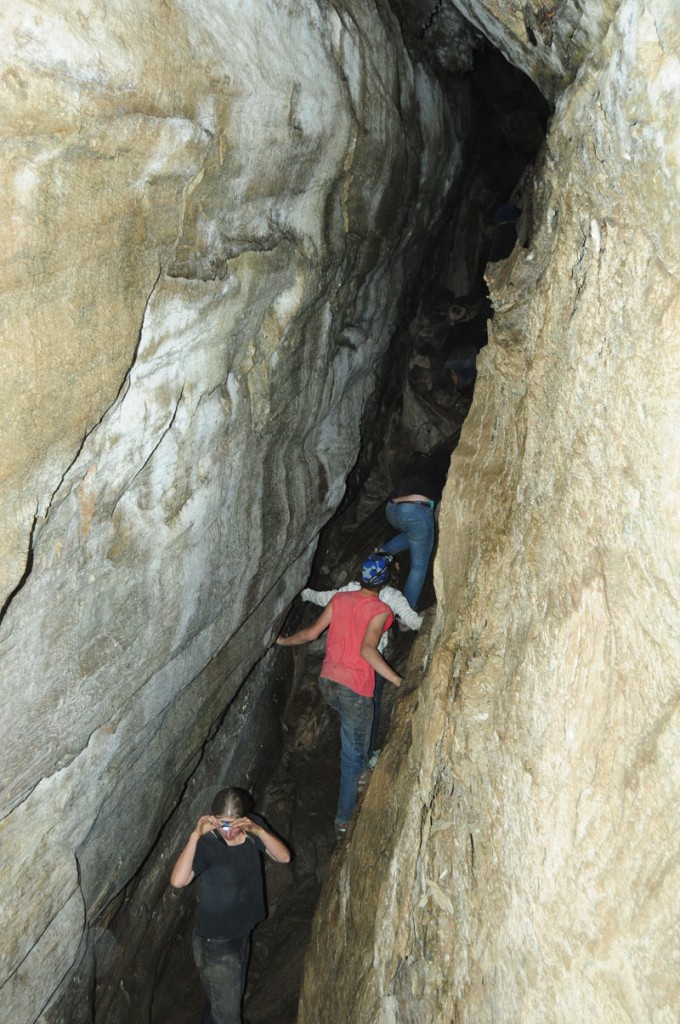 Recently I went into the mountains to do
a little caving. I tagged along with a group
of about 14 people and we began at the
trailhead to Little Lost Lake on highway
16. We entered at the lower entrance
through a small hole in the hillside and
descended a few meters to a small cavern.
After reaching the cavern you can travel
for 50m along a narrow tunnel (shown in
photo).

This cave was first discovered when the
side of Mt Chamberlain was burning and
a firefighter began following the stream
that leads to little lost lake. After almost
falling into the upper entrance, he attempted
to descend into cave with a fire
hose and ended up going back up before
he reached the bottom of the entrance.

While I do suggest this as a fun hike to
do with friends, there are some dangerous
scree slopes around the cave and you
should at least go with an experienced
hiker that has some caving experience.