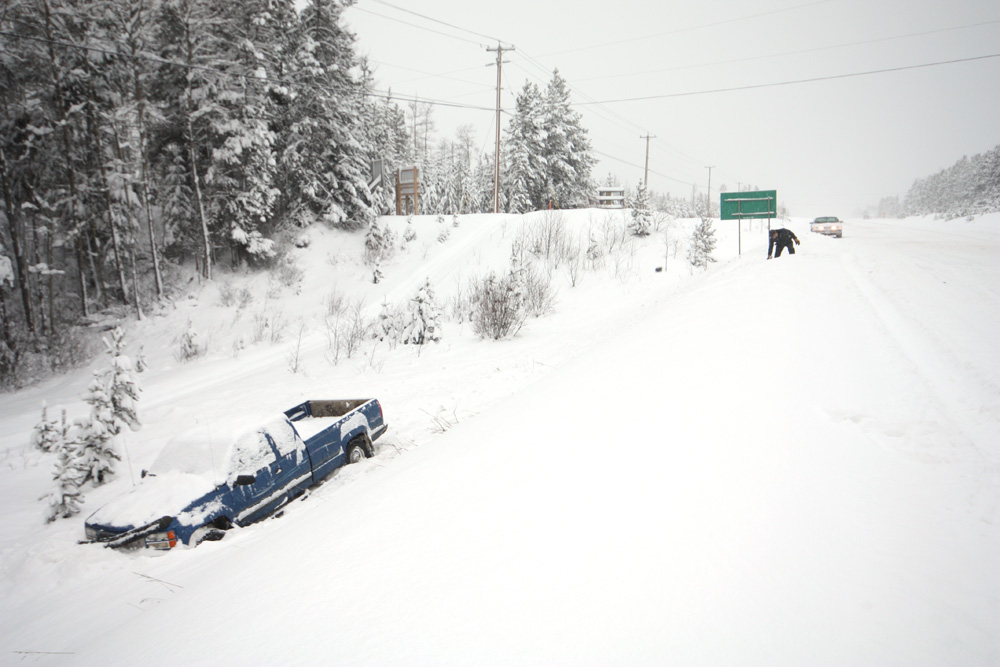 Volunteers who work for highway rescue crews have been racing from their paid jobs as usual this winter season to respond to vehicle collisions where fire or entrapment is an issue. But since a new automated system has sped up dispatch times, crews are working double-time despite many of the calls being abandoned vehicles.

“BC Ambulance is hitting a button that will contact fire or rescue dispatch but they’re not giving enough information,” says Rick Lalonde, Valemount Fire Chief.
He says the crew is sometimes dispatched to the BC-Alberta border – about 2 hours and 180 km in total – and increasingly the calls are to abandoned vehicles.

“There’s been many, many calls where we respond that distance and there was no requirement for us to be there.”

McBride’s Fire Chief David Hruby says calls for their rescue service have also increased 50 per cent for the winter season.

“We’re getting the calls way earlier without all the information the ambulance used to get,” he says.

Part of the issue is the new computer-aided dispatch (CAD). When somebody driving down the highway sees a vehicle in the ditch, their call is routed to the 911 centre in Prince George. If the call relates to ambulance, then the call is shared with the BC Ambulance dispatch centre in Kamloops where an attendant fills out an electronic form with details from the caller including location and the nature of the incident. The electronic form is then sent directly to the fire and rescue dispatch centre in Prince George, which then alerts local crews. It used to be that BC Ambulance phoned the rescue service dispatch, and due to the extra time that took the RCMP would often already be on scene and deemed it clear.

Hruby says updates are often impossible in areas where they do not have radio contact. Even if there is an update, the rescue service is often first on scene, because they are dispatched so quickly.

Both BC Ambulance and the Prince George Fire Operations Communication Centre now use Auto CAD to transfer the information between responders. The electronic transfer is similar to an email, says Doug Garland, superintendent of Kamloops Dispatch Operations for BC Ambulance.

“The beauty of the new system is there’s no human interaction,” Garland says. “It’s accurately relaying the information and it’s helping us with response times. Phone calls take a lot longer than an electronic transfer of information.”

The BC Ambulance Interior and Northern Region Dispatch Communications Centre is responsible for dispatching ambulances in 98 communities and handles 500-600 calls a day.

Valemount and McBride both maintain a crew of 25-30 members. Usually five to 10 members will respond to calls. Lalonde says there are usually enough people willing to respond, but it’s a huge waste of resources.

“In treacherous road conditions, it’s really quite a gamble for everyone responding.”

While he admits it’s often hard to see what the situation is if a vehicle is down the bank, he stresses the importance for callers to relay information as accurately as possible, using the mileage signs posted along the highway for example, which will allow rescue to know whether they have responded to the same call already.

A caller giving a vague location to the 911 centre, not checking the nature of the accident and the phone line dropping are all regular issues, says Melanie Perrin, fire services co-ordinator for the Regional District of Fraser Fort George.

“If there’s an incident occurring and we don’t know how bad it is, they always err on the side of caution,” she says, adding the increased calls is a challenge across the province. “There’s no way to get that updated information except to roll everybody and whoever gets on scene first provides an update.

She says in the past typically the ambulance and the RCMP were on the scene before fire and rescue and would give an update saying they are not needed. But she says the quicker response time is positive if the incident does require it.

“There’s also the potential that it’s a very life-threatening situation.”

Lalonde says due to liability issues, the Prince George rescue dispatch is not deciding which calls to hand over to the Valemount fire department. They’re leaving it up to Valemount fire rescue to decide whether they’re going to attend.

“You’re between a rock and a hard place if you’re going to make those choices based on no information,” he says. “If you’re in the business of providing a rescue service, you don’t want to be late to a call by an hour because you doubted what somebody said.” 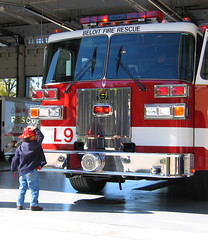