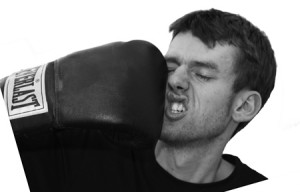 It is fascinating to me how many Americans will readily compare their nation to the Roman Empire, that is, until you talk about how the Roman empire failed. At this point, most good American patriots will argue that America is not an empire, and that it has a special place in history, one that will ensure its exceptionalism for perpetuity. This argument seems sound as far as space domination, and push button warfare is concerned, but what about economics? This week Starbucks announced that it intends to sell a 31oz (1L) coffee size! I cannot help but conjure up images of the gluttonous Roman Empire in its later years.

It all started going down hill with Nero. The self-declared ‘poet’ burned the entire City of Rome to the ground, just so that he could write about it. Then there was Hadrian, the man who built a wall across the British Isles to keep the Scottish tribes out of Roman-occupied Brittan. The cycle of building incompetence and excess continued for another couple of hundred years right up until Romulus Augustulus earned the honour of being the last emperor of the Western Roman Empire. But just before collapsing, the Roman Empire was split in two (East and West). The Eastern Roman Empire survived until the 1400s. The empire became more and more gluttonous and its leaders enjoyed more and more privileges, as the backbone which made up the Roman Empire (the military and slave workers) became more and more abused and taken for granted.

Further, the empire spread out rapidly, which initially fed its greatness, but after the victorious battles, it became apparent that administrating such a huge territory was impossible. Meanwhile back in Rome, the drinks and servings of food became bigger and bigger, while the troubles abroad also increased. The physiques of Roman Leaders bulged as they basked in the excessive spoils of victories achieved under physically fit and idealistically driven leaders such as Julius Caesar. What is most interesting is that the City of Rome itself degenerated at pace. Once a city of a largely egalitarian republic with ideals such as mandatory military service by all free men, and ‘democratic’ governance, the city became a constant fair of excessive consumerism, lavish gladiator spectacles and rigid divides between economic classes. At the same time everyone tried to ignore the nagging voice in the back of their heads saying that it was all about to come crashing down. And it did. Many did not even believe the empire had fallen. Even as late at the middle ages, many common European peasants would say that they were still part of the Roman Empire.

Now I cannot help but conjure up images of the American populace when the biggest days of the year are now celebrations of consumerism such as Boxing Day and Black Monday; where the gluttonous excesses of fast food have replacing the balanced diets of the original colonialists; where individuals can no longer be satisfied with a single cup of coffee in the morning, they now need four cups in one serving.

It has become an incredible headache trying to administer the conquered territories in the Middle East, yet the excesses of the empire’s homeland depend on a flow of resources from these conquered areas. While the flow of oil continues to become less dependable, the size of the average vehicle in the homeland continues to grow. Flash back to the image of a line up of citizens waiting to get one litre of coffee in the morning. Hmmm I say Yes! Rome is most definitely falling. So what is next? Increasing divide between irreconcilable political ideals to the point that physical attacks and even assassinations occur? Check! Rigid political divide between geographic areas? Check! I would say that if anything, one litre servings of coffee will only add the irrational actions that occur as such situations start to spiral out of control and flush down the toilet. Another suiting analogy since those who drink one litre coffees will also be contributing to excessive over flushing, which is sure to help unnecessarily overwhelm our once efficient Roman-inspired public sewer systems. 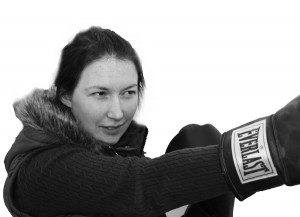 Rome pshh. Serve that litre of coffee with a KFC chicken bowl

I was sitting at my desk yesterday when my friend here (uh Joe) walked into my office. He’d seen some kind of story about Starbucks offering a 1L beverage size. That’s seven more ounces than their previous largest size. Personally, I’m envious – a 1L cup size? Nice.

At once he began talking about Rome. I’m not sure what the fuss was. For my own coffee, I’ve already opted for the 2.5L camelback approach – you know, those backpacks you can fill with water if you’re hiking or have lost the ability to move your arms? One of those. I sat back in my ergonomic/quad-strengthening office chair, put the flexible straw in my mouth and closed my eyes.

This had nothing to do with excess. The 1L Starbucks cup is not a harbinger of doom and downfall. On the contrary. Much like its cousin the KFC chicken bowl, it decreases the number of times we have to get out of our chairs, use cups and wash utensils. In an age of cutbacks, coffee interns are scarce. For coffee drinkers like me, it’s like filling up at the pumps once a day instead of six or seven times.

This is about efficiency. And let me tell you, the environmentalists should be hailing this move. Overconsumption? Nay. This is about saving plastic and paper cups.
And now instead of filling up my coffee mug at Starbucks, I can bring my 1L ornate German beer stein. I’m done with drinking coffee out of a mug sponsored by B.C. Hydro. I want to drink out of a container with carved gnomes.

I can tell some of you are going to bring up the fact that coffee may lead to more trips to the bathroom, which would negate any time saved. If you’re unable to control the speed at which you drink, this could be a problem. On the other hand, with technologies such as coffee cups you keep warm by plugging into your computer (on sale at the Valemount Hotel liquor store), I argue this is more about savouring a gourmet batch of efficiency.

Joe was still talking about Rome. I couldn’t understand it. Rome was burned to the ground because of Nero. If they’d had 1L coffees, they could have extinguished the fire. He is seriously off the Marcus Antonius.

The human species has come a long way since the fall of Rome. Personally, I see no parallels between the U.S. and Rome, other than the fact that they both have indoor plumbing.

The 31 oz coffee is not a step towards collapse. It’s a security. As the price of oil continues to rise, we are going to be relying more and more on our feet and our cardio. What better way to get our blood pumping than a steady stream of caffeine and sugar?

Whoever pitched this idea obviously knows that while 1L of iced coffee or lemonade is currently about twice the cost of a litre of fuel in your car, eventually everyone will opt for running out of sheer sweaty adrenaline rather than sit in a car where they have to focus on anything. Cars have too many buttons. The camel back has only a straw.
And for the U.S., it won’t be what breaks the camel’s back.