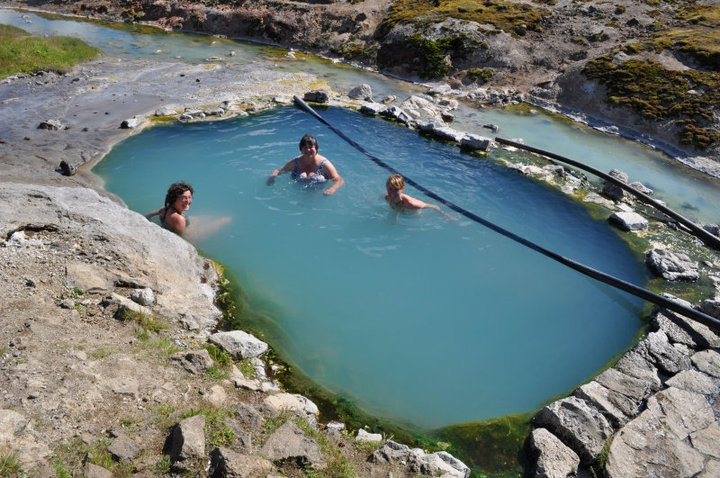 The results of a competitive bidding process for three geothermal exploration permits were posted Oct. 27, and Borealis GeoPower – a Calgary based privately-held company specializing in the development of geothermal and hydrothermal systems – has secured all three permit options. The three permits, totalling 11,848 hectares, were sold for $31,665.

While only a handful of exploration permits have been issued throughout the province, dozens of geothermal permit auctions are expected over the course of the next two years. A new trend is starting to emerge in B.C. In 2004, Permit 55274 – a 550 hectare permit which encompasses the existing hot springs in the Canoe Reach – sold by sealed bid auction for $1,700. Earlier this spring, the “Knight Inlet” permit – 8,079 hectares, 450 km northwest of Powell River – sold for $16,385.89.

“We envision building a geothermal power plant and maybe even more than one, in due course in the area,” says Craig Dunn, chief operating officer for Borealis. “Borealis will start with what is modest and obtainable, with potential for larger developments in the future,”

For now the company envisions a geothermal electrical generation plant in the range of five to 10 megawatts of capacity.

He says having the plant online in the next five to seven years is a feasible target.

“We need both transmission and purchase agreements from B.C. hydro—this will obviously factor into our size of production.”

Borealis has extensive experience providing consultation to government and private agencies on promoting and facilitating geothermal projects, he says, adding that its experience is not based on consultation efforts alone. His company has spearheaded projects such as the Swan Hills oil well co-production project in Alberta and a hydrothermal project in Fort Liard, NWT.

Dunn says that Borealis will need to complete its own exploratory program before construction will begin, and while company players see huge potential for the site, they have not jumped to any conclusions.

“Once you get to the point of your drilling program and your exploration program, you will definitively determine what you expected was below,” says Dunn.

“That will either turn out to be binary or flash steam production potential.”

Initially, Dunn says, development will look like a bunch of geologists wandering around the forest taking readings. There will be many surface measurements. The next step will be a drilling program. While the drilling program will not likely employ many local contractors, he says that drilling companies will be in and out of the valley as needed by their program.

Post-drilling, he says, geothermal units will be purchased from outside of Canada, as there are currently no geothermal manufacturing companies located within Canada. Then they will be installed in an onsite plant.

Construction of the plant and some assembly of the units could mean potential jobs for locals. There will also be some limited work operating the plant.

Dunn also points out the potential for other spin-off uses of the resource like hot water bathing pools—for example, the famous “Blue Lagoon,” a public-access bathing pool at a major geothermal power plant in Iceland.

At this point, Borealis does not have any firm logistical plans in regards to the location of a potential plant, but he says that modern drilling makes it possible to locate a plant flexibly and it does not have to be located directly above the source.

“Aspect and geography will be factors, as will road location and access to the grid.”

“There is a certain amount of respect that needs to be given to that history,” he says.

But Dunn says that the company’s excitement is going to have to be matched by both provincial and federal policy makers if geothermal energy is going to be developed in B.C.

He says that most involved in the Canadian geothermal industry cannot understand why the provincial government has not enacted legislation favourable to geothermal development, noting the low impact of geothermal power.

“The government needs to understand that it is risky, and there are many huge upfront costs to any development. It is not a done deal.”

B.C. is at the end of its renewable power generation capabilities, Dunn argues. “You have big hydro, but Site C is the last dam you have left. Run of the river hydro has not necessarily been going well for B.C. You can only add so much wind to the system before it becomes unhelpful to add more wind, so there is a fixed limit on your wind expansion. Solar suffers the same problems—it is intermittent and you can not depend on it,” he says.

“They are starting to investigate some tidal,” he says. “This also has a variable load factor. The peaks do not necessarily align with peak demand, since tides are affected by the lunar cycle throughout the day.”

He says geothermal is likely the best potential source to remedy a future energy shortage. “To open up another avenue of renewable energy development in B.C. is extremely interesting from an investors’ point of view.”

Despite the list of potential barriers, Dunn says that the future of the Canoe Reach site is promising and timing may be more favourable now than ever before.

“I think that we bring a wealth of actual geothermal experience I don’t believe any of your prior proponents have had. I would say that we are a bit of a different cat than those who have been involved in the Canoe Reach before.”

Borealis has one year to prove that there is a geothermal resource of value. After this, results will be presented to government regulators who, pending acknowledgment of findings, could extent the exploration permit into a long-term development permit.

“I stopped by and took at look at the lake on my way through a while back. We are going to be able to put a power plant there without altering that view. There is something to be said for that. If it works, we could put a second one in. And this still will not ruin the view. It will not ruin the air, water or anything else either.”