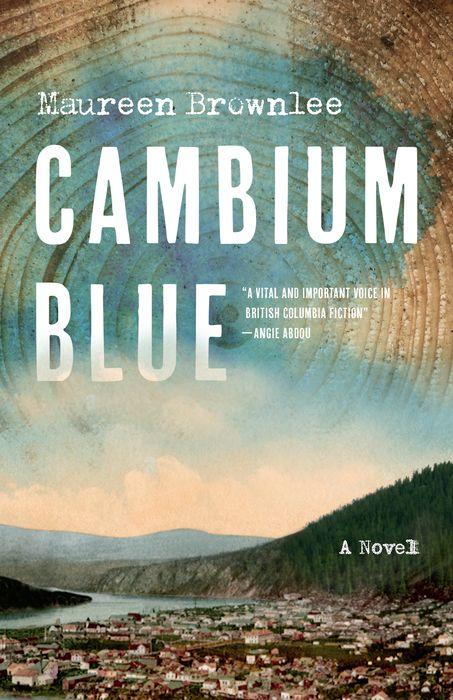 PAPERBACK  |  IN STORE ONLY

Set in the British Columbia Interior, the novel Cambium Blue is an homage to resource towns, independent women and local newspapers.

In 1994, at the outset of the bark beetle epidemic that will decimate millions of acres of pine forest in western North America, a fiercely independent lumber town faces a bleak future when its only sawmill is shuttered. Encouraged by a provincial government intent on transitioning the region from timber to tourism, the town council embraces a resort developer as their last, best hope. A failure to anticipate the human cost of that choice ignites a struggle for the very soul of the community.

Cambium Blue’s narrative alternates between three viewpoints. Stevie Jeffers is a timid, 24-year-old single mom who stakes her future on the town after a traumatic break-up. Nash Malone is a reclusive Spanish Civil War veteran who supplements his pension with salvage from the local dump—an occupation that puts him on a collision course with the town’s plan to beautify itself. At 54 years old, cash-strapped and short-staffed Maggie Evans is treading water while waiting to sell her dead husband’s newspaper, the barely solvent Chronicle. As the characters’ lives intertwine and the conflict heats up, they will each be challenged to traverse the ambiguous divide between substance and hype, past and future, hope and despair.

Rich with unforgettable characters and set in the Interior hinterland of British Columbia, Cambium Blue is a masterful and compassionate illumination of the human politics of a small town, and the intersection of individual lives with political agendas and environmental catastrophes.