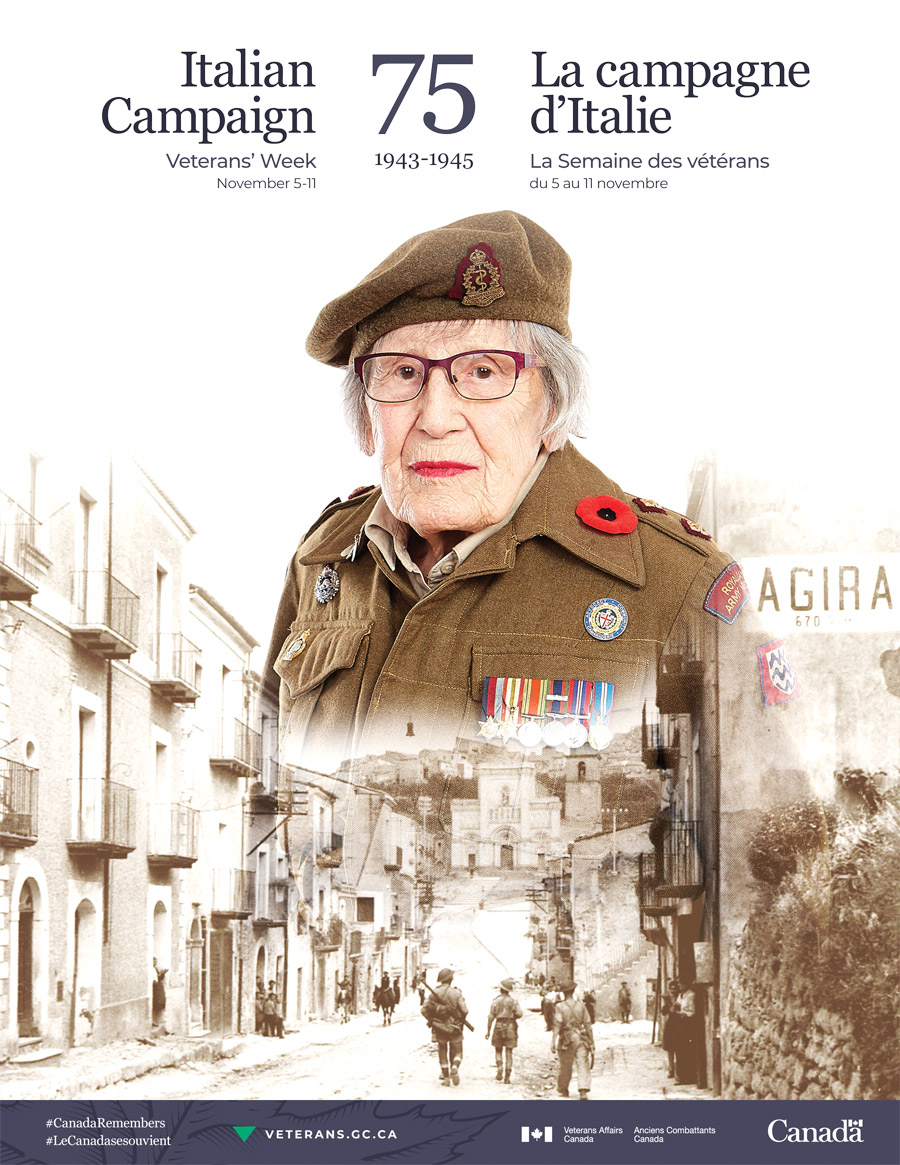 This year’s Veterans Week poster highlights the Italian Campaign of World War II. Canadian troops played a vital role in the 20-month Mediterranean campaign which led to the liberation of Italy. According to Veterans Affairs, the campaign was the first large-scale land operation in which the Canadian Army stationed in Great Britain took part.

Canadian troops fought in Sicily from July 10 to August 6, 1943, and in mainland Italy from September 3, 1943, to February 25, 1945. The Germans, taking full advantage of mountain peaks and swiftly running rivers, made Allied advance difficult and costly. There were 25,264 Canadian casualties in Italy, including some 5,900 who died.